The Essential Nature of HBCUs

Even though my formal education is finished, I still find myself conversing about my college choice in various circles frequently. These casual dialogues often pose some form of the same question.

Did you always know that you wanted to attend a historically Black college or university (HBCU)? 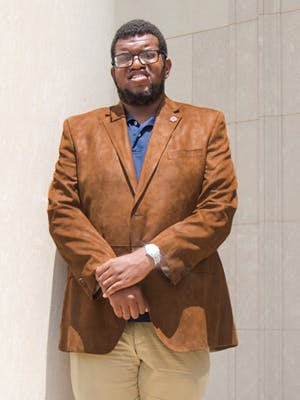 My response then triggers unforgettable memories from my earlier years. The lush grass on the rolling hills of Alcorn State University. A powerful address by Julian Bond on the campus of Shaw University. The infectious, familial spirit that characterizes Clark Atlanta University. A fitting tribute to Dr. Martin Luther King Jr. at Morehouse College.

I reflect on these veritable institutions and marvel at their mere existence. Most of them were established as the United States attempted to rebuild after the Civil War. A number of them opened their doors to eager students, regardless of race or gender, and they fashioned their missions to be grounded in principles of justice and equality. They quickly learned how to fulfill their goals without the necessary financial resources to do so. The result has been a rich history that has greatly influenced the story of America.

On a personal level, HBCUs have paved the path for me to occupy my current role as a civil rights attorney in Washington, D.C. My great-grandmother served as the switchboard operator for Alcorn in the early part of the 20th century, and she earned her baccalaureate degree from the same institution. Her daughter, my 90-year-old grandmother, received her primary, secondary and undergraduate education from Alcorn and sent each of her 13 children to the school. Within 35 years of one another, my mother and sister studied chemistry in Alcorn’s hallowed halls. My father capitalized on the lessons he learned at Winston-Salem State and Shaw to become a community-oriented businessperson and compassionate preacher. A number of aunts, uncles and cousins also happily call themselves HBCU alumni.

All of their experiences and sacrifices culminated in my enrollment at Howard University in 2009. I counted it as an incredible honor to be able to continue the legacy of HBCUs through my own journey. As I walked across Howard’s famous yard for the first time, I stopped to consider the contributions of my forebears and other family members to that moment. My gaze turned from Frederick Douglass Hall to Alain Locke Hall, and a simple smile formed on my face. My expression emerged from a sincere recognition of my responsibility to uphold and further the HBCU narrative. Seven and a half years later, that brief period on the yard continues to serve as daily motivation for my work at the Lawyers’ Committee for Civil Rights Under Law.

As a legal fellow and staff attorney in the organization’s Educational Opportunities Project, I am currently working on a civil case, representing the Coalition for Equity and Excellence in Maryland Higher Education, to ensure that Maryland fulfills its constitutional duty to desegregate its four HBCUs. These schools, Coppin State University, Bowie State University, Morgan State University, and the University of Maryland Eastern Shore, along with the 101 other HBCUs in the United States, extend the opportunity to acquire a postsecondary education to many who would otherwise be unable to access one.

I am so proud to be an HBCU alumnus, and I consider it a distinct privilege to be working on an HBCU desegregation case as a newly minted lawyer. A true testament to the tenacity of HBCUs is their ability to adhere to the spirit of their missions and continually fortify the American narrative with fewer resources than predominantly White institutions (PWIs). I am undoubtedly a beneficiary of this indelible characteristic of HBCUs.

From elementary school children learning about Thurgood Marshall to high school seniors reading the poignant prose of Toni Morrison, the current and historic relevance of HBCUs is readily apparent. As young people steadily mobilize around social issues such as policing reform, these institutions will undoubtedly continue to provide intellectually engaging spaces that equip students with the tools to achieve positive societal change.

I will personally strive to preserve and protect the legacies of these formidable institutions so that, one day, several generations from now, young HBCU students can smile, while reflecting on the role that countless HBCU alumni, and a smaller number of civil rights attorneys, played in creating those students’ reality.