Many colleges and universities across the United States have committed to recruiting more faculty of color. In some cases, they are facing pressure from students to do so. Recent student protests at institutions like the University of Missouri centered around the dearth of faculty of color on campus, among other issues.

Yet, despite intentional efforts on the part of many institutions, they are running up against a stark demographic reality: the mismatch between the numbers of faculty of color and students of color. The disparity between Hispanic faculty and students is particularly stark. As of 2013, Hispanic professors comprised approximately 4 percent of all full-time faculty, up from 2 percent in 2003. 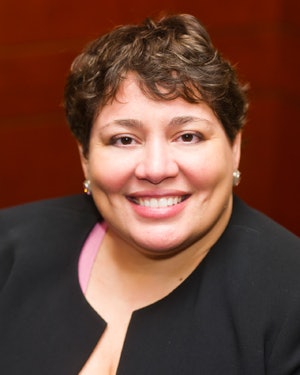 Deborah Santiago is co-founder of Excelencia in Education.

In an effort to cultivate future professors of color, the Penn Center for Minority Serving Institutions (CMSI) will initiate the HSI Pathways to the Professoriate program this summer. HSIs (Hispanic-serving institutions) are colleges and universities that serve a student population that is more than 25 percent Hispanic. At least 435 institutions in the United States are categorized as an HSI.

“I’m constantly telling people — if you want to change things, then you’ve got to go where people are,” Dr. Marybeth Gasman, professor of higher education in the Graduate School of Education at the University of Pennsylvania and CMSI director, told Diverse.

“When you look at the trends over time, the percent of faculty who are Hispanic hasn’t changed significantly in almost 20 years,” said Deborah Santiago, Excelencia co-founder, COO, and vice president for policy. “This is despite big increases in access and completion at the undergraduate level by Latinos over that same time period.”

The data suggests that, even though more Hispanic students are enrolling in and completing college, something is happening to prevent them from going on for a Ph.D. Higher education experts commonly refer to this as a “pipeline” problem — meaning that the path from a bachelor’s degree to a Ph.D. is, for varying reasons, not amenable to certain populations.

Santiago said that Excelencia had identified a number of deterrents for prospective Latino Ph.D.s. One roadblock is that doctoral students tend to start out their academic careers in elite institutions, where they have the opportunity to network and build connections. Since the majority of Latino students are starting out at HSIs, two-thirds of which are open-access institutions, they do not have the same built-in pathway to a Ph.D.

“If Latino students don’t (see pursuing a Ph.D.) as an opportunity, and institutions don’t invest in reaching down to bring them in, then you end up having a void,” Santiago said.

Last Thursday, the HSI Pathways to the Professoriate program announced the first group of 30 students who will participate in the program starting this summer. Students in the first class come from California State University, Northridge; Florida International University; and the University of Texas at El Paso. Faculty from five research institutions — New York University, UC Berkeley, University of Pennsylvania, Northwestern University, and UC Davis — will partner with the program.

Each school will hold a six-week intensive bootcamp this summer. Students will work with a mentor at their respective institutions to do research, which they will then present at a cross-institutional conference, bringing together all 30 participants, their mentors and representatives from partner research institutions. All the students in the program will start out as juniors, and they will receive assistance from mentors as they apply to graduate school. During their first year, students will also have a support fund for incidentals.

The program is funded through a five-year, $5.1 million grant from the Andrew W. Mellon Foundation, which has had a longstanding goal of increasing diversity among the faculty through initiatives like the Mellon Mays Fellowship program. The Mellon Mays program extends to minority-serving institutions, such as UNCF-member institutions and the University of Puerto Rico, and also partners with elite liberal arts colleges such as Brown University and Dartmouth College.

Dr. Armando Bengochea, program officer for diversity and director of the Mellon Mays Undergraduate Fellowship program at the Mellon Foundation, said that Mellon’s new focus on HSIs is a new step in their efforts to help foster a diverse academy.

“The specific initiative to work with HSI institutions is new at Mellon and stems from the realization of the hugely important Latino demographic in the United States,” Bengochea wrote in an email. “When the Foundation imagines the next generation of humanities scholars, it wants to be sure that it will not have failed to tap into Latino communities through the United States.”

In total, 90 students will participate in the HSI Pathways to the Professoriate program over the course of its five-year grant cycle. Although it is a relatively small program, Gasman hopes that it will help strengthen connections between HSIs and research institutions.

“We’re trying to make a dent,” Gasman said. “To quote Steve Jobs, ‘We’re here to put a dent in the universe.’”