Guillermo: Under Trump, Education Loses Out to Distractions

All that, plus the ongoing death march, aka the Trumpian repeal of the Affordable Care Act, guaranteed to sacrifice those with pre-existing conditions. 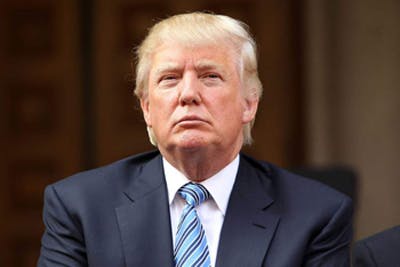 After just three weeks, you’ve got to hand it to Trump 45.

He’s terrorized us all and shaken up politics in America.

He’s firing off shots everywhere, creating chaos from, as he puts calls it, “the world famous White House.”

If you didn’t vote for the man, it’s proof that on the job training doesn’t work.

If you did vote for him, I’m sure you feel shaking up government was the best thing for our democracy.

But for now, it’s all for show, one major distraction after the next, that only helps to spread the outrage.

It didn’t stop Sessions from getting confirmed to head the Justice Department as attorney general.

And amid all the other dustups and distractions, it didn’t get the attention it deserves for being the single most important story as to the future of civil rights and diversity.

We’ll just have to wait to see which wounds, thought to be closed and healing, Sessions chooses to re-open.

That Betsy DeVos, known more for her anti-public school, pro-voucher, pro-charter school stance, was even nominated shows the tilt toward a pro-business K-12.

What should we have expected from the man who paid $25 million to get out from under a lawsuit over his so-called Trump University.

DeVos has little to no experience in the areas that should concern higher ed types.

She may be a billionaire, but what does she know about managing the largest ever student aid portfolio of $2 trillion?

DeVos is likely to cast that burden to her subordinates yet to be chosen. They will all be worthy of scrutiny. In fact, there should be Senate hearings for her top  undersecretaries and department heads to make sure they are qualified to do the job.

The other area of concern are the rollbacks of federal regulations in higher ed.

Terry Hartle, senior vice president of the American Council on Education told the Washington Post last week, that the Obama administration was responsible for 24 higher education regulation packages in the last eight years.

A regulation rollback could enable some schools to take a tried and true MBA approach to education —  slash administrative costs, cut jobs, and lower costs in order to deliver greater profits to shareholders.

Trump’s approach to education could be like his drive to repeal ACA.

I suspect that kind of Trump “America First” approach applied to education will end up the same way.

The only people likely to be hurt are those for whom higher ed should serve — the students.

That seems the way we’re heading in this Trump era.

Emil Guillermo is an award-winning journalist and commentator. He writes for the civil rights organization AALDEF at http://www.aaldef.org/blog