You didn’t see much Asian American history over the Presidents Day Weekend. There was Russell Simmons’ unifying “# I am a Muslim Too” rally in Times Square. And the president’s aides leaked out another version of the travel ban.

Yet there was hardly any mention in the news of Asian Americans of Japanese descent gathering all over the country in “Day of Remembrance” services.

The mainstream media mostly forgot that Feb.19 was the 75th anniversary of another important presidential executive order: President Roosevelt’s signing of Executive Order 9066, which authorized the roundup and incarceration of 120,000 of Japanese ancestry.  More than 70,000 of them were American citizens. 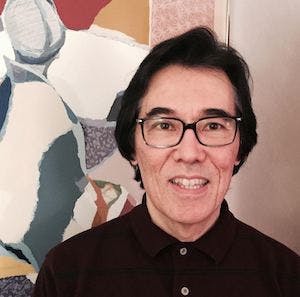 Never before has the history of that day been so important, as we contemplate what will be in the “new and improved” travel ban.

Late on Sunday, Trump aides leaked to news organizations a draft of a new ban that targets the same seven countries — Iran, Iraq, Syria, Yemen, Somalia, Sudan and Libya. It also exempted travelers who have visas to travel to the U.S., as well as dual citizens. The draft also no longer singles out Syrian refugees in the processing of new visas.

Whether Trump aides learned from the 9th Circuit Court’s recent rebuke, and tailored the wording to meet the law, is yet to be seen. The draft remains subject to change.

But history does not.

EO 9066 was a xenophobic reaction. The government even had two of its own reports that said there was no reason to fear those of Japanese ancestry living in America. But those reports were conveniently ignored.

He knows that euphemisms made EO 9066 passable, even acceptable by someone like FDR, using the justification of national security to roundup those of Japanese ancestry on the west coast.  There was no mention of internment or incarceration.

The executive order made the unreasonable and unconstitutional sound reasonable.

“Words are used in a way to obfuscate,” Nash told me. “When it’s a war on terror, what is terror, who defines it, who are the enemies, when can they sign a peace treaty? It’s unclear. So when you start to lump people from these seven countries as oppose to other countries, these are the people who have done things to the U.S. or not, these are the countries where President Trump has business interests or not, it creates a lot of confusion. And frankly, people who are public policy experts look at these Trump executive orders and say, excuse me, if you really want to protect Americans you don’t do things that inflame the hatred of people who do want to hurt the United States.”

But Nash is also concerned about the fallout of any proposed ban—especially in higher ed.

“You don’t do things that will keep scholars and athletes and other people out of this country,” Nash said. “Many students are going to go to Canada and other places to study. Many conferences will be held in other places. Our scientific community is going to suffer. The way the Trump administration is doing these exclusions is just wrong. They just don’t understand the fundamentals of public policy and politics.”

“From a civil liberties point of view, I look at what they’re trying to do as fanning the flames of hatred against one group of people, that is what is done by dictators and by people who benefit from people being divided,” Nash continued. “As we listen to these calls to be afraid of our Muslim brothers and sisters, we have to ask ourselves who is saying this, who’s going to benefit from this, and maybe, if we look back at the history, we realize the Japanese Americans were not the problem. There was never a Japanese American on American soil that was convicted of treason or sabotage.”

But that’s our lesson from history. If anyone cares.

On Sunday, Nash, whose parents and grandparents were incarcerated during World War II, did as so many throughout the Asian American community nationwide.

They remembered that knowledge can inoculate us from the wrongheaded politics and hateful actions of the past.

Emil Guillermo is a journalist and commentator who writes for the civil rights group AALDEF at http://www.aaldef.org/blog