Free Speech, at the Expense of Who and What?

On February 1, the University of California, Berkeley failed its student body. In the aftermath of the political showdown between Milo Yiannopoulos — a provocateur and self-proclaimed “most fabulous supervillain on the internet” — and the students of UC Berkeley, public discourse revolved around freedom of speech and tolerance.

The following day President Trump took to social media and threatened the university, “If U.C. Berkeley does not allow free speech and practices violence on innocent people with a different point of view — NO FEDERAL FUNDS?” Jonathan Zimmerman, a professor of education at my current graduate institution (the University of Pennsylvania) penned an article for the New York Daily News, where he called out Berkeley students and accused them of playing “judge and jury of acceptable speech.” 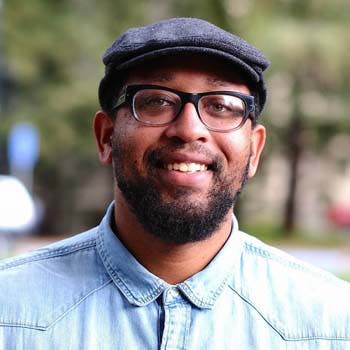 Let us be clear: The night was full of controversy; however, there was no infringement on Yiannopoulos’ freedom of speech. In fact, this couldn’t be anything further from the truth. Campus officials worked closely with the Berkeley College Republicans to ensure that Yiannopoulos’ right to speak would be protected. What protestors did that night was not infringe on his First Amendment rights, but they disrupted his platform. They used their right to protest to obstruct the vessel by which Yiannopoulos’ intended to deliver his free speech, and this by all means is fair. The true violation on that day came at the hands of UC Berkeley’s administration when they failed to honor their commitment to safeguard the institution’s most vulnerable students.

On UC Berkeley’s diversity website, where the faces of many underrepresented students are displayed throughout, it states, “Our mission is to create a campus where all Berkeley students, faculty, and staff feel respected, supported, and valued.”

By and large, this mission is the university signing a social contract, committing to fostering a campus climate that ensures that all students feel safe. By agreeing to allow a political agitator to speak on campus, someone who has a history of singling out and mocking transgender students amidst his speeches, is in breach of this contract.

Days prior to his talk, rumors of Yiannopoulos’ eagerness to out undocumented students circulated the Berkeley community after his alt-right now-former employer, Breitbart, published an article detailing his new campaign against sanctuary campuses. Given this information, UC Berkeley had ample opportunity to cancel his speaking event and shield their students from political and emotional violence, and they failed to do so.

Instead of cancelling Yiannopoulos’ speaking engagement, campus officials, on the first day of Black History Month, shut down the Multicultural Community Center, Cesar E. Chavez Student Center, and the Centers for Educational Equity and Excellence, in preparation for his speech. These spaces house resources that are critical to the survival of underrepresented students, as well as for students who hold marginalized identities. At the expense of these students, and for the sake of upholding Yiannopoulos’ First Amendment rights, UC Berkeley effectively shut down a conglomerate of safe spaces in favor of a controversial speaker who uses violent rhetoric to attack students’ race, citizenship status, gender, sexuality, and religion.

The protests that occurred on UC Berkeley’s campus that night were not a matter of intolerance, nor were they an attempt to reduce one’s First Amendment rights. What occurred is UC Berkeley’s administration had their priorities out of whack, which resulted in the student body, as well as the local community, doing what the university failed to do: protect themselves. The means by which they protected themselves can surely be debated; however, what should be called to our attention is the universities inability to have foresight or empathy.

In a political climate where undocumented persons, non-heteronormative persons, and gender non-binary persons are under siege via federal and state legislation, the university was charged with the responsibility to protect their students from becoming human targets that serve political agendas. Because the administration did not act, the students had to — but they should not have had to.

I am writing to encourage colleges and universities not to fail their students. I am making a call to action to campus administrations around the nation to uphold their commitment to diversity, equity and inclusion. Safeguard your most fragile populations by rejecting speech rooted in hate and vitriol. Implement love, care, and protection when deciding on matters like what UC Berkeley faced with Milo Yiannopoulos and the student body.

Do not lean on neutrality or leave your students to bear the emotional and physical labor of defending themselves in the face of political hate mongering. To support students goes beyond providing affinity centers, academic support services and writing inclusive-laden messages all over your campus websites. It is also about making decisions that ensure that students whom have been historically attacked, othered, and made invisible feel respected and valued on your campus.

Larry McDaniel Jr. is an M.S.Ed. student at the University of Pennsylvania’s Graduate School of Education and a research assistant for the Penn Center for Minority Serving Institutions.