As chief investigator on a recently won $5 million research project, Dr. Thai-Huy Nguyen, partly, will draw from his biography as a boy whose family had been on welfare. He’ll also spotlight what he knows of academia’s failure, in some aspects, to make diversity more than a mere talking point.

“How do we recognize these struggles low-income students, but then take such a long time to address them?” asks Nguyen, a Seattle University assistant professor of student development administration. 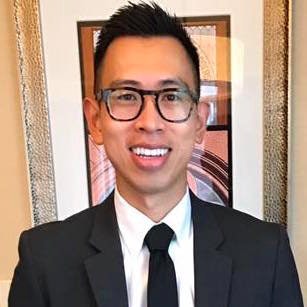 The multimillion-dollar National Science Foundation grant will have Nguyen collaborating with STEM faculty to explore the socioeconomic challenges to student success in STEM for roughly 200 students within a large, urban, multicampus community college district.

What are their study habits? How well do they know and access services aimed at shoring them up academically? How do they assess from whence they’ve come educationally and where they’re heading?

Those are among the questions investigators will probe concerning those students at community colleges where, broadly speaking, there are more academic failures than successes, especially among students with the least resources.

“Being poor isn’t just being poor,” Nguyen says. “You can be poor and Black, which is very different from being poor and White.”

For a handful of those studied community college students, Nguyen says he will function as a navigator, steering them through a system for which they are largely unfamiliar. Disproportionately, community college enrollees hail from families without college graduates.

“We’re trying to figure out how to improve the pathway for students who are low income,” he says.

Investigators will track them from the time they start community college through their first year at a four-year institution.

Dr. Marybeth Gasman, with whom Nguyen co-authored the forthcoming “Making Black Scientists” (under contract with Harvard University Press) that emerged from a national study on HBCU student success in STEM, praises Nguyen’s tenacity.

“Thai is driven by a commitment to equity,” Gasman says. “He cares deeply about providing opportunity to all students. He conducts rigorous scholarship that is tied to practice. His teaching is hands-on and pushes students to understand the systems in society that stand in the way of a drive for equity.”

If he’s defied the proverbial, presumed odds for a kid reared on welfare and in public housing by a single mom — his Vietnam refugee parents divorced early in their American experience — that’s because his mom was pretty savvy.

“I credit her,” Nguyen says of the former school crossing guard, cafeteria worker and person checking receipts of customers leaving Costco, “with getting me a great education, finding the private school that would give me a full scholarship, that where we lived gave me access to quality high schools.”

To teaching and researching, he brings that lived experience and sensibility.

Broadly, Nguyen adds, colleges and universities are doing a better job of recognizing inequities that certain students confront before and during college. What academia has not fully faced, he says, is how disadvantaged students of every color often don’t get an equal chance in a system that’s long given well-off Whites a leg up — regardless of whether they merited such a boost.

“When you are advocating those values that are important for low-income and other disadvantaged students … you are going against centuries of advantaging White men and their own families,” Nguyen says.