“So far, so good,” Luster commented. Students participating in the program have particularly busy schedules, she said, since many are balancing the program with full-time employment in the field.

The health information management program is one of 10 existing baccalaureate degree programs that the California community college system is piloting. In fall 2017, five more schools will add their own four-year degree programs, bringing the total number of bachelor’s degrees offered in the California community college system to 15. 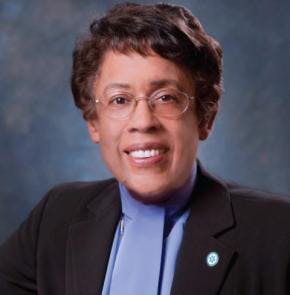 A new bill, SB 769, would double the number of programs that the community college system can offer from 15 to 30 and end the current program sunset, slated for 2023. State Sen. Jerry Hill introduced SB 769 in the California State Senate last Friday. California’s community colleges fought a long battle to see the current pilot program initiated, and hope that the new bill will help incrementally advance their cause.

“This is a very modest next step, and an important one,” said Dr. Constance Carroll, SDCCD chancellor.

The new bill still has to be signed by the governor, and could be subject to change before it passes his desk, but Carroll said that she is optimistic about its future. SB 769 also contains crucial pieces of policy that would help the existing pilot program succeed.

Advocates of the program say that they want to eliminate the end date of 2023, since this raises questions about the ongoing viability of the program, which in turn has reportedly deterred some students from applying. Adding more schools to the program would also give the state legislature and the Legislative Analyst’s Office a larger sample size to consider when evaluating the overall success of the program, advocates argue.

California became the 22nd state in the union to allow community colleges to offer four-year degrees when SB 850 was passed in 2014. SB 850 initiated the current pilot program.

The concept had been discussed for years prior to 2014, and other bills floated before the state legislature, to no avail. For years, Sen. Marty Block championed the concept of four-year degrees at community colleges in the state legislature. After Block chose to not seek re-election this term, the cause was taken up Hill, the sponsor of SB 769.

“California has had a tough time coming to terms with this,” Carroll said. “Twenty-two other states already do this, with great success. When you compare, Miami Dade College alone has more bachelor’s degrees than the whole state of California, so it’s something that has been around for quite some time, but it’s new to California, and California is being very cautious in how it’s addressing this.”

“Studies show that if a student begins at a four-year college initially, they have a much better chance of getting a degree than if they are at a two-year college,” said Dr. Patricia Gándara. “So to the extent that we could make two-year colleges into places where you can get four-year degrees, I think it’s pretty clear that this would really make a difference.”

Gándara is a research professor of education and co-director of the Civil Rights Project at UCLA.

Much of the pushback against the concept of a community college baccalaureate degree program came from the state’s four-year universities, who cited concerns about program duplication and competition for students. The Cal State system has the most mission overlap with community colleges, Luster said, adding, “We have more programs that are similar to CSU programs in career and technical areas than we at the UCs.”

Under SB 850, community colleges may not duplicate four-year programs that already exist within the university system. SB 769, if it were to pass the governor’s desk in its current state, would ease those restrictions, allowing community colleges to offer the same degrees as CSU schools if schools are 100 miles apart.

“If a student wants to pursue a gainful career in dental hygiene, he or she would need to do one of two things,” Carroll said. “Leave the state, or enroll in a very expensive for-profit institution in order to achieve that end.”

Currently, two community colleges offer a bachelor’s in dental hygiene: Foothill College and West Los Angeles College. Both were able to offer the degree through SB 850.

Rural communities could also benefit from SB 769, Carroll said, which could expand the pilot program to more rural areas. Students who attend community colleges can be what Carroll describes as “place-bound,” meaning that they do not have the resources to travel to attend college, or have to stay home to attend to work or family obligations while also going to school. By opening up access to four-year degree programs in communities that might have a local community college, but not a local university, she said, students and communities alike stand to benefit.

“This is about jobs, opportunities, and affordability for people who need to advance in the workforce, but who are also place-bound, unlike well-to-do 18-year-olds, and cannot travel to some other location, even another location in California,” Carroll said.

“I would argue that 300 students statewide in baccalaureate programs are unlikely to cause any sort of consternation from an enrollment perspective for CSUs [or UC schools],” Luster said.

Where some see an opportunity to expand California’s workforce, others seek to interject a note of caution. Any consideration of California’s workforce needs and its future must take the state’s emerging demographics into account, Gándara. She is a co-author of a report out this summer that explored the impact that the pilot program could have on degree attainment among minorities in the state.

Over the past decade, California has seen the gap in degree attainment among ethnic groups widen. In California, 58 percent of Asians, 45 percent of Whites, and 27 percent of Blacks held at least a bachelor’s degree in 2015, according to U.S. Census data.

Only 13 percent of Latinos held a bachelor’s degree, which spells trouble for the state’s economic future. Latinos surpassed Whites as the largest ethnic group in California in 2014, with nearly 15 million Latinos living in the state. Their numbers are expected to grow in the decades to come.

“The gap is enormous,” Gándara said. “It’s at a point in California where this matters to everybody, because the state will go as students of color of go. It’s in everybody’s interest to make sure that these young people get better prepared for the economy of the state. So I don’t even see this as an issue that should be partisan.”

When SB 850 was first introduced, Gándara said she understood the position that community colleges were in. Their arguments for the program relied heavily on the workforce needs angle, which Gándara said was natural, given the pushback they were experiencing from four-year schools.

“I do understand the corner that community colleges have been in,” Gándara said. “What I think is unfortunate, once making their case is that there has not then been a shift to a more dual approach — one, meeting workforce needs, and two, meeting the needs of the state with respect to preparing its underrepresented students.”

Carroll countered that well over half of the students enrolled in the pilot program are of color. “Service to underserved populations is a key feature, not just in our pilot program, but throughout the United States,” she said.