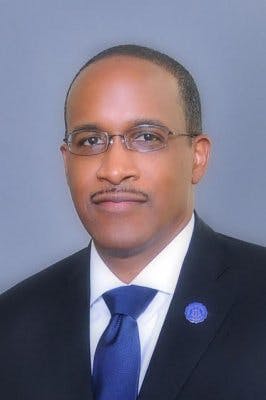 On Friday, I learned that I was selected to give remarks today for the meeting at the White House with members of the Trump administration, most notably Education Secretary Betsy DeVos. We learned this weekend that there would be closing remarks by Vice President Mike Pence, but the goal was for officials from a number of federal agencies (about five were there including OMB) and Secretary DeVos to hear about HBCUs.

That all blew up when the decision was made to take the presidents to the Oval Office to see the President. I’m still processing that entire experience. But needless to say that threw the day off and there was very little listening to HBCU presidents today — we were only given about two minutes each, and that was cut to one minute, so only about  seven of maybe 15 or so speakers were given an opportunity today.

So this is what I was going to say today in my two minutes. The UNCF will also share my comments. But it is important that I share in advance of Tuesday’s speech by the President because I am discussing specific funding that benefits all college students, but especially those at HBCUs.

In his Oscars acceptance speech last night, Mahershala Ali celebrated American’s belief in the transformative power of education when he first thanked his teachers and professors. Historically Black colleges and universities are living testimonies of this power, the central force in educating people inextricably linked to the promise of America.

Fifty years ago a philosophy emerged suggesting education was no longer a public good, but a private one. Since then we’ve seen federal and state divestment in education, making the idea of education as the path to the American dream more of a hallucination for the poor and disenfranchised.

There is no doubt who is left to hallucinate.

In the past decade the wealth gap between Whites and Blacks has gone from seven to 13 fold. The median net worth of a single parent white family is twice that of the two-parent Black family. Black students graduate with 31% more college debt than their White peers.

The Pell Grant should be the equalizer. It serves 36% of all students, 62% of Black students, and over 70% attending HBCUs. But the education as a private good philosophy has severely limited its impact on the neediest families.

Pell is a great investment especially at HBCUs where new studies indicate we do the best job, as Brookings noted “vaulting lowest-income kids into the top quintile as adults.”

Pell is a vehicle to prevent hallucinations of opportunity, while helping to fuel HBCUs, engines of social and economic mobility driving families toward the American dream.