Scholars: DREAMer’s Arrest a Threat to Rights of All

When agents from the U.S. Immigrations and Customs Enforcement arrested a 22-year-old DREAMer and aspirant math professor this week who had just spoken out about the impact that immigration enforcement was having on her family, the action had a chilling effect on other DREAMers that is likely to reverberate beyond the community of undocumented students.

That is the take of several immigration scholars, faculty and others who work with undocumented college students regarding the recent arrest of Daniela Vargas, in Jackson, Mississippi. 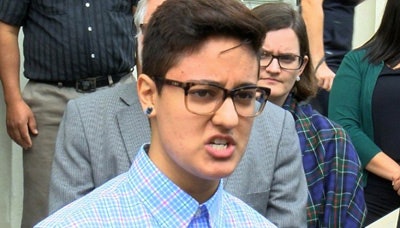 “This news is worrisome for all of us, not only DACA recipients, undocumented immigrants, but also citizens of this country,” said Dr. Julián Jefferies, an assistant professor of literacy and reading education at California State University, Fullerton, who has taken DACA students on study abroad trips to Mexico.

“It shows just how Donald Trump’s rhetoric has emboldened poorly trained ICE officers to overstep their authority and infringe on this young woman’s free speech,” Jefferies continued. “This event is a testament to the fact that the U.S. perceives immigrants as second-class citizens who do not even have the right to express their views on public, and see a brave young woman who is advocating for her family and her rights as a threat to national security.”

Violeta Chapin, an associate clinical professor of law who is currently teaching a criminal immigration and defense clinic at Colorado Law School at the University of Colorado Boulder, said the arrest “certainly chills free speech rights for people who are particularly vulnerable and may lead to DACA students withdrawing more into themselves and their families in hopes that the storm will pass.”

“One might even wonder if it’s intended to have a chilling effect,” added Candy Marshall, president of TheDREAM.US, an organization that provides scholarships to undocumented students.

“I don’t think it matters one bit that Ms. Vargas’ DACA had expired in November,” Chapin said in reference to Vargas’ application for renewal under the Deferred Action for Childhood Arrivals program, which enables undocumented individuals brought to the United States as children to apply for deferred action and work authorization for a period of two years.

“She still should not be a priority for removal as she has no criminal convictions,” Chapin said.

News reports indicate Vargas was saving up money to go back to school and wanted to study to become a math professor. News reports also indicate that Vargas’ application for DACA renewal — due to the high cost of renewal, $495 — had only been received on Feb. 10.

Vargas was arrested Wednesday after sharing her family’s story — including her father and brother’s arrest last month by ICE officers — at a news conference, according to news reports. 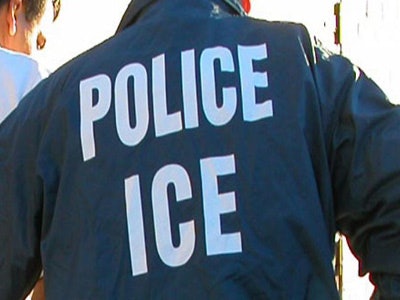 Dr. Arturo Aldama, associate chair and an associate professor of ethnic studies at the University of Colorado, said: “It is both saddening and deeply outrageous that a young person who wants to build a life for herself and who shared her feelings on the terror and violence of seeing her father handcuffed gets punished arguably by a heavy-handed response to her exercising her rights to freedom of speech.”

“My blame goes to the very top,” Aldama said in reference to the administration of President Donald J. Trump.

Aldama said that he hopes that Vargas gets a “vigorous defense.” Efforts to reach Vargas’ attorney were not successful.

ICE did not respond to an email media inquiry about Vargas’ status.

Marshall said that, while President Trump has stated that he plans to do something for DREAMers, his administration’s actions have not matched his words.

DREAMers refers to individuals who are hopeful that Congress would pass the DREAM Act — so named for the Development, Relief, and Education for Alien Minors Act — that would have enabled those who were brought to the United States as minors and who enrolled in college or enlisted in the military to gain legal status and become eligible for citizenship.

“Right now he’s saying one thing. He’s using words like ‘I care,’” Marshall said. “But what people are experiencing in the communities is something else.”

Marshall said if Trump really cares about DREAMers, he should issue executive orders that show he cares.

“His executive orders have not been immigrant friendly,” Marshall said. She said that, while certain directives regarding immigration enforcement issued by the Trump administration say there is no intent to affect DACA recipients, it is not enough.

“If he really intends that, what we need him to do is not just use his words but say something in writing that’s very definitive, such as DACA will stay in place until Congress can implement DACA-like legislation,” Marshall said. “He’s not openly gone that far yet.”

Among other things, recent executive orders by Trump have stated that it is the policy of his administration to construct a physical wall along the southern border with Mexico, and step up immigration enforcement and promptly remove undocumented individuals, even those who have merely been charged with a crime or did something that “constitute a chargeable criminal offense.”

In the meantime, Marshall said her organization has been advising undocumented students to think twice before speaking to the media.

“They should think carefully about whether or not to use their last name or in any way give out information about where they live because this type of thing could happen,” Marshall said. “And some of our scholars, even knowing these risks, will say: ‘I feel so strongly about this that I have to use my voice.’”