As the United States moves toward a future where the population will be “majority minority” — a milestone demographic shift expected to occur by 2040 — graduate schools across the nation are evolving to meet the demands of current student and to anticipate their needs in the future. 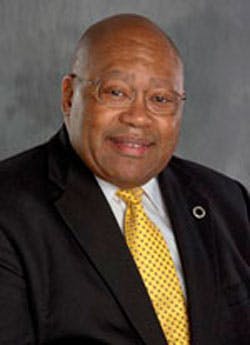 “The trend is that there are going to be more students of color available to go to college in the future, because the collective minority is becoming the collective majority,” Dr. William A. Person, a professor of curriculum and instruction and dean of the Harold Lloyd Murphy Graduate School at Alabama State University, told Diverse on Friday.

“If we don’t look to the ranks of students of color, then we’re going to miss some great opportunities to increase enrollments at our colleges and universities,” Person continued.

Person, who is president of the Council of Historically Black Graduate Schools (CHBGS), was one of numerous representatives of Southern graduate schools who met to discuss the future of their institutions at the annual Conference of Southern Graduate Schools (CSGS) convening in Annapolis, Maryland, over the weekend.

Graduate schools associated with public universities face several challenges — including meeting evolving workforce needs and locating the funding to create new programs or support existing ones. State funding for higher education has substantially declined over the past several decades, a process that accelerated during the recession. The loss in state funding makes institutions increasingly reliant on tuition dollars, or on external funding sources such as grants and contracts.

“I don’t think we are going to see an abundance of state funds flowing back to institutions,” Person said. “State funds used to provide about half of our support, not only at HBCUs, but at all public institutions.”

Online education will be an ever-more important part of helping students advance in their fields while still participating in the workforce, Person said. He added that Alabama State had started its first online program in early education in fall 2015, and expects to graduate the first cohort of students from that program this spring.

Schools will have to be responsive to an increase in student diversity in the years to come, said Dr. Ernest L. Brothers, associate dean of The Graduate School at the University of Tennessee in Knoxville.

“Not only is diversity is an ongoing, transformative process, it also has many lenses,” Brothers said.

“People often look through the lens that they’re comfortable with, so I tell people, ‘Diversity is like a pair of prescription glasses — if you have the same prescription from 10 years ago, are you going to see things the same way, or worse?” he continued. “It’s not until you change the lens that you see things differently.”

Diversity at graduate schools can take many forms, with students returning to school after several years in the workforce, and others representing diverse demographics from the across the United States and other from overseas. “We have to embrace the fact that, when we talk about graduate education, it’s from an international and global view,” Brothers said.