Ben Jobe, the college basketball coach who won more than 500 games in more than five decades of coaching around the nation, died Friday night in Montgomery, Alabama, the city to which he moved after retiring in 2003. He was 84. 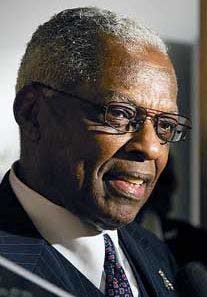 Jobe got his start as a 5-8 point guard at Pearl High School in his hometown of Nashville and then went to nearby Fisk University where he again excelled in class and on the basketball court. He pursued a career of coaching that made him a legend in his own time.

“Ben was just a real scholarly person,” says higher education consultant Dr. Joffre Whisenton, who, as Southern’s president in 1985, recruited Jobe to come to Southern as head coach. “He made sure all the young men were well-rounded,” says Whisenton,

Long before the NCAA and NAIA became more rigid about scholarship achievement among athletes, Whisenton says, Jobe drew upon his Fisk training to check grades, make sure students studied and graduated. That’s why so many Jobe graduates got jobs and still stay in contact today, he added.

Among students who credit Jobe with their success is University of Alabama head coach Avery Johnson. He played on Jobe’s team while at Southern.

“He was a fantastic player,” Turner says of Jobe. “He could handle the ball like nobody I knew,” says Turner. “He was a sharp player.”

Jobe’s passing comes just as ESPN Sports Network is set to televise a four-hour documentary about coaches at historically Black colleges and universities (HBCUs), in which Jobe is one of the featured coaches. The Huntsville (Alabama) Times, meanwhile, was separately finishing work on a three-part series about Jobe for its readers.

“Anyone who has 500 career wins and guided teams over several decades to victories should be looked at successful,” says Edward G. Robinson III, former Raleigh News & Observer sports writer and now lecturer at Morgan State University. “He’s taken four teams to the NCAA. Some coaches work their entire career and never get there once.”

The ESPN documentary is set to run Thursday and Friday.