Along those lines, Padrón said his administration has been working to make data analytics a requirement for every major and discipline at Miami-Dade — which is the largest community college in the nation. 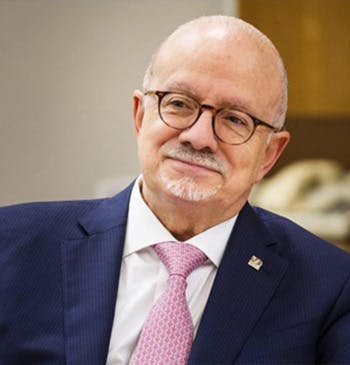 Indeed, Padrón’s remarks — made Thursday at a forum meant to highlight the growing need for college graduates who are versed in data analytics — are echoed in a new report also released Thursday by the Business-Higher Education Forum, an organization made up of college presidents and CEOs that focuses on better alignment between higher education and the workforce.

The report — titled “Investing in America’s Data Science and Analytics Talent: The Case for Action” — cites a “fundamental disconnect” between the skills that employers desire versus the skills that graduates possess.

More specifically, the report states that, while 69 percent of employers expect candidates with data science and analytics skills — or DSA skills — to get preference for jobs at their organizations, only 23 percent of college and university leaders say their graduates will have those skills.

“The talent shortfall will not only involve data scientists, but it also will extend to existing job classifications from the C-suite to front lines — all of which are increasingly enabled by analytics,” the report states.

The report places a premium on diversity in DSA, which it states is currently lacking. For instance, it notes that African-Americans and Hispanics represent just 6 and 7 percent of the STEM workforce, respectively, and that men outnumber women 3 to 1 as computer workers.

“The lack of diversity in data science is not only an employer problem, but also a national problem,” the report states. “The U.S. economy has much to gain by engaging more of its workers in high-demand occupations — and data science, along with computer services and engineering, represent fast-growth categories of higher-paying jobs.”

The report cites a number of ways that colleges and universities can foster diversity in DSA — from providing more training and support for faculty to creating “engaging introductory courses” and designing curriculum for practical use.

It provides examples of institutions of higher learning that are already putting these ideas into effect.

For instance, it notes how Dr. Brandeis Marshall — chair of computer and information sciences at Spelman College — won a $400,000 grant to provide DSA training to faculty members at Spelman and Morehouse colleges.

“Participating faculty will develop and implement the DSA coursework for undergraduates in an effort to boost DSA awareness among underrepresented minorities,” the report notes.

The report also cites North Carolina State’s Institute for Advanced Analytics class of 2017, which is 43 percent women and includes students from 19 countries.

“Part of the success for this level of recruitment is its reputation for a practical hands-on degree that mirrors the day-to-day work of data scientists,” the report states.

The report also calls for teaching DSA skills in a “broad number of degrees,” such as what Padrón suggested in his talk.

Dr. Freeman A. Hrabowski III, president of the University of Maryland, Baltimore County, or UMBC, said data analytics has spurred the need for educators to revamp the educational culture.

“We were all trained to think about coming up with hypotheses and testing hypotheses,” Hrabowski said. “Today, more and more we will look at data and develop hypotheses from the data.”

Hrabowski also stressed the need for colleges and universities to produce students who can do data science but are also educated in the humanities and more relatable.

“I will tell you that I have more humanities graduates who are now chief information officers than computer science graduates,” Hrabowski said. “Why? Because they took some of the computer science courses and they can talk to people.”

Katherine Rowe, provost and dean of the faculty at Smith College — a private liberal arts college in Massachusetts for women — said data science represents a culture that is ripe to be redefined in higher education.

She touted a new statistical and data sciences major at Smith and a $2 million MassMutual-funded Women in Data Science program that involves the hiring of faculty to “deepen the curriculum in data science.”

“We see an enormous opportunity to shape what the culture of data science will be,” Rowe said.