Adding to the University of Puerto Rico’s financial woes, the Department of Education has rescinded the eligibility of five of the system’s 11 campuses for Title IV programs due to the ongoing student strike. 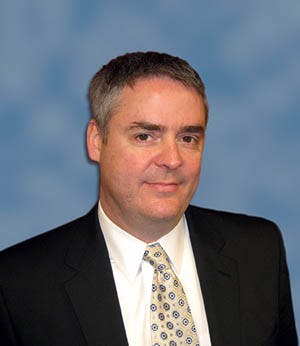 Luis Maldonado, chief advocacy officer at HACU, says the grant money is critical for coverage of expenses beyond tuition in Puerto Rico.

So far, the UPR campuses of Río Piedras, Humacao, Ponce, Bayamón, and Carolina have lost eligibility for Title IV programs. That means funds for essential programs such as Pell Grants, Federal Supplemental Educational Opportunity Grants (FSEOG) and federal work study will be withheld until the strike has ended and the campuses have reapplied for Title IV eligibility.

In a letter sent to UPR Carolina chancellor Dr. Moises Orengo on May 8, ED New York and Boston School Participation Division director Betty Coughlin explained that because the university had not offered classes since early April due to the strike, UPR Carolina would lose Title IV eligibility.

In addition, UPR’s federal school codes were temporarily removed from the Free Application for Federal Student Aid (FAFSA) website. After discussions with ED, the UPR administration reportedly was able to convince the department to reinstate school codes to the FAFSA website, even though none of the federal aid programs through FAFSA will be available to UPR students for the indefinite future.

When reached by phone on Wednesday afternoon, a UPR spokesperson at the system’s central press office declined to comment on the situation.

As the first to initiate the strike, UPR Río Piedras was the first campus to lose Title IV eligibility on April.

The Pell program is of particular importance for UPR students, more than 60 percent of whom are Pell-eligible. This year, students received up to $5,815 through the Pell program, and will receive up to $5,920 next year.

Tuition at UPR costs just over $2,000, meaning that the maximum Pell award more than covers the cost of tuition, leaving money left over for other expenses.

“Students use Pell grants for all kinds of expenses that most Pell grant recipients on the mainland would only dream of, because the bulk of their money has to go towards tuition and fees and what have you,” Maldonado says.

Undeterred by the loss of Title IV eligibility, students are moving forward with the strike. “I think students are very aware of the tradeoffs,’ says Dr. Héctor R. Cordero-Guzmán, professor at the Marxe School of Public and International Affairs at Baruch College.

UPR is threatened with a significant, potentially crippling cut to its government subsidy. The Congress approved a fiscal control board, which was appointed to manage Puerto Rico’s debt crisis, and has proposed reducing the annual subsidy to UPR to $450 million by 2021. In the past four years, UPR received $833.9 million annually, an amount that accounts for approximately 80 percent of UPR’s budget.

As a result, students have gone on strike and have occupied many of UPR’s campuses, shutting down classes and operations.

The impending budget cut and temporary loss of Title IV eligibility are not the end of UPR’s financial problems. Nor are all students in favor of the strike. As El Nuevo Dia reports, a group of law students sued UPR Río Piedras to reopen. A judge recently ruled in their favor.

Consequently, for each day that it remains closed, UPR Río Piedras has been ordered to pay a fine. The institution paid a fine of $5,000 on Monday and will continue to pay $1,000 every day until it reopens. In addition, the interim president of UPR and the president of the Río Piedras campus are at risk of imprisonment if the campus remains closed.

Recent developments will not impact students’ decision to continue the strike, according to Gilberto Dominguez, a law student at UPR Río Piedras and an elected member of the UPR Governing Board. As a member of the governing board, Dominguez says he has a responsibility to remain impartial.

“What can I say? Students are up to date on what is going on,” Dominguez said. “Before that, there were multiple chances for them to end the strike.”

Just a week ago, students voted on multiple campuses to continue the strike indefinitely, he pointed out, which attests to their commitment.

“I don’t think these new developments would impact that decision,” Dominguez continued. “Particularly because what the students on strike are thinking about is that even if the university reopens, the university will lose $450 million [through the fiscal control board’s proposed budget cut].”