LGBTQ Group at Fordham Says No to Chick-fil-A

Fordham University—one of America’s oldest Jesuit institutions—has rejected a proposal to build a Chick-fil-A in the school’s Ram Café located on its sprawling New York campus. The decision came amid widespread protests by LGBTQ+ individuals and the Rainbow Alliance disavowing comments made by Chick-fil-A CEO Dan Cathy about same-sex marriage. 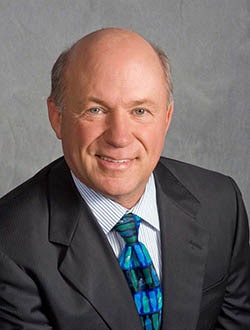 The Rainbow Alliance was supported by several groups on campus including the United Student Government, the Commuter Students Association and the Residence Hall Association in forcing the administration to turn down Aramark’s proposal to set up shop on campus.

“Decisions regarding on–campus dining options are made in consultation with Fordham’s student government, to ensure that the choices reflect student preferences in menu and service,” said Bob Howe, a spokesman for Fordham.

In recent years, other institutions have also denied Chick-fil-A from setting up shop on campus following comments made by Cathy that have been interpreted to be anti-LGBTQ. Those schools include Johns Hopkins University, the University of Nebraska at Kearney and others.

In 2012, Cathy received widespread backlash when he appeared on a radio station and denounced members of the LGBTQ community who support same-sex marriage.

“I pray God’s mercy on our generation that has such a prideful, arrogant attitude that thinks we have the audacity to redefine what marriage is all about” he said at the time.

According to various reports, Chick-fil-A’s WinShape foundation funneled nearly $10 million to support anti-gay organizations such as the Fellowship of Christian Athletes, Family Research Council, the Marriage and Family Foundation and Focus on the Family.

In 2013, Cathy deleted a tweet stating, “Sad day for our nation; founding fathers would be ashamed of our gen. to abandon wisdom of the ages re: cornerstone of strong societies.”

Cathy lashed out against a court decision that declared unconstitutional a Texas law that would have prohibited same–sex couples from having intimate sexual contact.

The CEO later issued a statement indicating that he was backing out of the “culture war.” And the Atlanta Journal Constitution reported in 2014 that Cathy regretted “making the company a symbol in the marriage debate.”

Shane Windmeyer, founder of Campus Pride — an organization promoting LGBTQ friendly college campuses — had been one of Cathy’s major critics. Campus Pride boycotted Chick-fil-A in 2012 until Windmeyer called it off after having developed a friendship with Cathy over the course of several months.

“Chick-fil-A, [on their tax filings] no longer gives to extreme anti-gay organizations,” said Windmeyer. “At the end of the day, it’s up to [colleges or universities] on whether or not to go back.” He said that Campus Pride has ended its Chick-fil-A boycott.

A.K. Brunini can be reached at abrunini@diverseeducation.com