WASHINGTON — Colleges and universities with a high percentage of students who fund their educations with college loans may face tougher challenges in the years ahead based on proposed changes in the federal regulations that govern student loan servicing, says a widely respected higher education veteran. 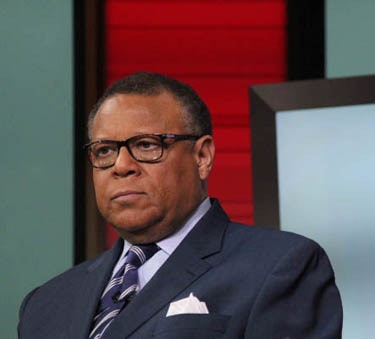 “There’s a concentration of power that may not work,” as envisioned, says Dr. H. Patrick Swygert, citing the newest chapter in the Trump Administration leadership of federal education programs.

Swygert raised his concerns about the planned loan servicing changes during an unusually frank forum this past weekend convened by Sigma Pi Phi Fraternity, the nation’s oldest Greek Letter organization of African American men. “The Grand Boule Forum on HBCUs” was the first of its kind held by the organization and reflected the rising level of concern among Black leaders about the fate of historically Black colleges and universities.

Any wrong turn, albeit well intentioned, could further jeopardize the fragile state of HBCUs, Swygert warned the crowd of several hundred, as 85 to 90 percent of HBCU students graduate with loans, he added.

“It’s not an academic matter,” he says. Currently, nine vendors service the $1.2 trillion in outstanding loans, with power to grant waivers to loan repayment terms and schedules, he says.

Using the DeVos announcement as an example of seemingly harmless actions, Swygert told the forum audience HBCUs need to be led by people who “understand the difference between chess and checkers. This is chess,” he added in a brief interview after the forum.

Swygert, a higher education administrator for nearly three decades, including 13 years as president of Howard University (1995-2008), says he fears the “amended” federal student loan solicitation rules could harm students more than help, despite assertions to the contrary by Secretary of Education, Betsy DeVos in issuing the “amended” student loan servicing procedures last Friday.

The new loan servicing program vendor rules, set to go into effect in 2019, would put one loan servicing vendor in charge of the $1.2 trillion dollar federal student loan repayment portfolio, eliminating the present network of nine vendors among whom the work is divided.

One of the nine vendors is ACS Education Services, the company that was the sole vendor before the Obama Administration began to divide the work among several vendors. The shift was in response to complaints that ACS was unresponsive and inflexible in dealing with borrowers on terms of loan repayment.

For sure the loan servicing program during the Obama years with nine different servicer vendors drew its share of complaints about different responses from different vendors at different times when borrowers sough guidance and/or flexibility in working out transactions to avoid loan default and developing new loan repayment plans.

Still, totally reversing gears and returning to one vendor raises questions about whether that would be any better, says Swygert.

“Do you want to concentrate all of this authority in one place,” asked Swygert? “Will the federal government have enough leverage over one servicer?”