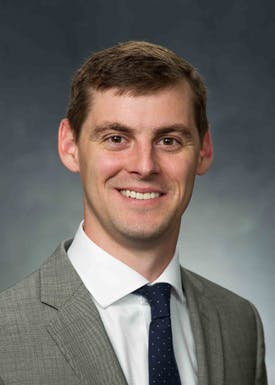 When examining the race and ethnicity of these community college newcomers, however, there’s a notable exception impacting public university enrollment. African-American freshmen are more likely than Whites to access the cheaper tuition, despite being academically qualified and prepared for four-year universities.

Those are among the findings of a new study published in this month’s issue of American Economic Journal: Economic Policy. The report concludes that regardless of race and other demographics, the cheaper community college tuition fuels growth in the number of people seeking postsecondary education without lowering overall academic success and rates of two-year degree attainment.

“Reduced community college tuition induced students who would not have attended college of any type to enroll,” the report states.

The report, titled “College on the Cheap: Consequences of Community College Tuition Reductions,” was authored by Dr. Jeffrey Denning, an assistant professor in economics at Brigham Young University. Denning’s research focuses on labor economics and public economics, especially the economics of education, such as student responses to postsecondary price sensitivity.

The impetus for Denning’s report stemmed from “America’s College Promise,” a January 2015 proposal by then-President Barack Obama to make community college tuition-free for high school graduates in order to boost their college-going numbers.

Because such initiatives were scant among two-year colleges at the time, Denning studied tuition prices over a 20-year period ending in 2015 at the 50-plus, public community colleges in Texas that are scattered in urban and rural areas and had enrollments varying from 4,000 to 60,000-plus. Regarding college districts that drastically cut their sticker prices for a variety of reasons, Denning studied their year-to-year enrollment figures, along with annual head counts of graduates from public high schools in that state before and after tuition was slashed.

In Texas, homeowners pay property taxes that, along with state allocations and student tuition, support community college operations—although not every homeowner resides in such a district. Students living in these tax-paying municipalities are eligible for “in-district” tuition, which is counterpart to the in-state rates that four-year, public universities charge their residents, rather than the higher tabs for out-of-state students. Denning found that in 2014-15, Texas community colleges charged in-district students about 63 percent less in tuition than they did to those from out-of district.

For his price sensitivity study, Denning zeroed in on community college districts that have expanded their boundaries since 1995 by annexing additional K-12 districts to its tax base—which resulted in more residents qualifying for the cheaper, in-district tuition.

Because such annexation in Texas is determined by the homeowners who would foot the taxes, the decision usually takes place on Election Day when voters are already casting ballots for federal, state or local officeholders. Denning wondered whether families capitalized on the cheaper community college tuition after voters approved the new property tax.

“The (number) of students paying in-district tuition increases sharply in the year of annexation,” Denning says in his report.

Community college enrollment in the first year after high school jumped 5.1 percentage points for each $1,000 drop in tuition, according to Denning’s study. He found that that only 15 percent of all enrolled students qualified for in-district tuition prior to annexation, compared with about 80 percent after annexation.

There was only slight evidence that first-time freshmen spurned four-year, public universities to attend two-year colleges because of the cheaper tuition resulting from annexation of K-12 districts to the college districts. Overall, public university enrollment didn’t dip. However, some students switched from one community college to another to take advantage of in-district tuition.

When examining race and ethnicity, however, the only major exceptions among freshmen enrollment tendencies that Denning found were among African-Americans. The latter tended to choose community colleges for their in-district tuition, over four-year institutions, to begin their higher education journeys. This cohort of African-Americans also tended to earn associate degrees and certificates at higher rates than did students of other races and ethnicities.

“The measured diversion effect for African-American students stands in contrast to the results for the whole where there was no switching from universities to community college,” Denning says in his report.

Across all racial groups, Denning found that community college students who capitalized on the cheaper tuition had similar graduation rates and transfer rates to four-year universities as their peers who were attending prior to the annexation that dropped the sticker price. The same held true among bachelor’s degree attainment for both cohorts of students who transferred to four-year institutions. That is, the community college newcomers who responded to the cheaper tuition—including African-Americans—were just as academically prepared and motivated as their peers who paid the higher, out-of-district tuition.

While Denning’s study was limited to community colleges that dramatically slashed sticker prices rather than eliminating tuition altogether, his findings do spark renewed interest in recent, tuition-free, public, community college initiatives outside of Texas.

The Tennessee Promise, a so-called last-dollar scholarship, guarantees new high school graduates in that state two years of tuition-free, community college education as long as they fulfill program criteria. The Promise scholarship erases any remaining tuition costs after other scholarships and federal aid and loans are applied.

The program launched in fall 2015 when more than 16,000 Tennesseans were awarded Promise scholarships. By last fall, the figure rose to more than 23,000 community college students.

During the academic year now winding down, Tennessee Promise awarded more than $25 million in scholarships that averaged just over $1,000 per recipient.