BALTIMORE — In order to get rid of the vestiges of segregation in Maryland’s higher education system, historically Black institutions (HBIs) in the state should have the right to offer unique, high-demand courses that cannot be duplicated at nearby traditionally White colleges. This was the assertion of lawyers arguing on behalf of the HBIs Thursday in the closing remarks of the remedy phase of a landmark desegregation case. 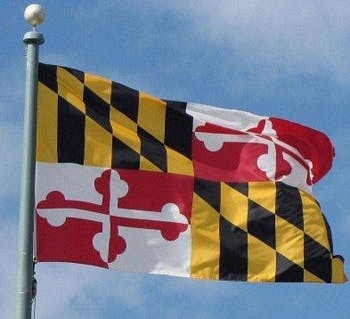 But instead of allowing the Black colleges to offer programs that cannot be duplicated at nearby traditionally White Institutions, (TWIs), the state has “poured more illegal concrete” by allowing the TWIs to offer duplicate courses anyway, attorney Michael B. Jones argued on behalf of The Coalition for Equity and Excellence in Maryland Higher Education.

Jones made his remarks as the court seeks to develop a remedy for the case in which the court found in 2013 that Maryland has violated the constitutional rights of students at three of Maryland’s four HBIs by unnecessarily duplicating certain programs at nearby White institutions.

Jones also suggested that a special master be appointed to help the court determine various costs associated with establishing unique, high-demand programs at HBIs. There is currently an imbalance of 171 to 10 such programs at TWIs versus HBIs, respectively, Jones said. Jones also recommended a monitoring commission be established to oversee approval of new programs at the state’s colleges.

The historically Black colleges should be given “some sort of right of refusal” when it comes to program duplication, Jones said.

A lawyer for the state called the coalition’s proposed remedy a “massive, expensive undertaking” that would undermine efforts to meet state workforce needs, destabilize state colleges and harm students who currently attend colleges that would lose the right to offer certain programs.

“We think that harm matters,” attorney Cyril V. Smith argued on behalf of the state.

Smith also argued that the evidence does not show that offering unique, high-demand programs does much, if anything, to attract White students to HBIs.

Programs have a “tiny influence at best” in influencing a student’s decision of where to attend college, Smith said.

Smith also noted that the state’s four HBIs have become more diverse over the past eight years, albeit not as result of attracting more White students. He argued that the plaintiffs in the case are stuck in a dichotomous “Black-and-White” past from the 1970s whereas the United States has since become more diverse, as evidenced in the many different categories that the federal government now has for students to identify themselves by race and ethnicity.

“We think the current diversity at HBIs is moving in the right direction,” Smith said.

The arguments made Thursday mark one of the latest chapters in the remedy phase of the case, which was originally brought in 2006.

The coalition noted that the court has stated previously that a likely remedy will include “expansion of mission and program uniqueness and institutional identity at the HBIs.”

Judge Blake also concluded that “it is also likely that the transfer or merger of select high-demand programs from [traditionally White institutions] to HBIs will be necessary” as a remedy for the state’s constitutional violations, the coalition has noted.

Smith argued that the word “transfer” is being used as a euphemism.

He said transferring programs from TWIs to HBIs does not come with a guarantee that the accreditation will transfer as well.

The state’s proposed remedy is far less expansive — and less expensive — than the coalition’s. More specifically, the state has submitted a proposed remedy that involves just $50 million to be shared among the three HBIs that the court found had been harmed by program duplication at nearby TWIs.

“These issues are extremely complex,” Blake said. She said she could not promise a date as to when she would render a decision but stated she would do her best to make a decision in a “reasonable amount of time.”