During a time of changing identities, I remember a student of mine at the University of Arizona once defined himself as a Mexican Mexicano, this in contrast to Mexican American, as was the case for many of his classmates. I understood that identity. 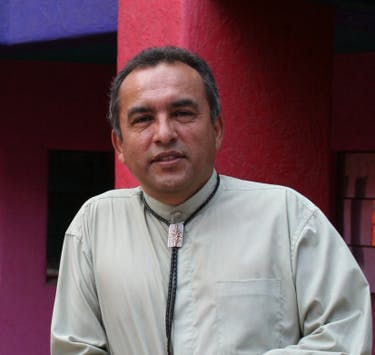 Truth is, I came to this country at 5 years old and have never once felt truly welcomed in this country, a country that has always treated people of color as less than human. From Day One, my entire family felt the ugly sting of hatred from all quarters, simply because we were “Mexican.” In those days, even the term itself was considered pejorative.

At 15, when I became a U.S. citizen, when time came to swear allegiance to this country, part of that included renouncing my Mexican citizenship. I was also strongly encouraged to change my name.

Because it is the custom in this country, he dishonestly replied, implying the force of law.

Suffice to say that I am Roberto to this day and while I perhaps spiritually lost a little bit of Mexico within me that day, I think I recaptured all that dignity when I first climbed the Pyramid of the Sun in Teotihuacan, Mexico, the same month after graduating from UCLA a generation ago.

However, last year, to my shocking surprise, while preparing to get my paperwork for my sabbatical year in Mexico and while inquiring about double nationality, I learned from the Mexican consulate that according to Mexican law, I did not need it because Mexican children who become U.S. citizens as minors, do not lose their Mexican citizenship.

Wow, did I ever feel cheated. My whole life I had remained a Mexican citizen, this amid the intense anti-Mexicanism of this country, without knowing that I had not lost that citizenship. While trite now, truth is, Mexicans traditionally have had very low naturalization rates; they do not become U.S. citizens because psychologically, they fear a loss of spiritual connection to their homeland. Many do not want that trade-off, especially when they have never felt treated as full human beings here. Despite that reality, many do want to be a part of this country, though they are rejected by a society that sees them/us as an unwanted population, regardless of legal status. And this is what is most bizarre; the more Indigenous one is or appears to be, the more alien one is treated.

I have never had the opposite experience of being treated badly in Mexico. Quite the contrary. I have always been treated as the prodigal son returning home, welcomed with opened arms by my many relatives. While this is a digression, I am also obviously not blind to the social inequalities in Mexico either.

There is an unspoken irony about attaining U.S. citizenship (for those eligible); it is definitely a plus, but akin to African Americans, it is no panacea. In this country, people of color generally do not fare well before the law. In that sense, it is instructive regarding what citizenship means; citizenship without civil or human rights reduces such peoples to a status of not quite citizen. In the event of an injustice, if a person of color cannot depend on the judicial system to guarantee their/our rights and the right to redress, then that person is not truly a citizen. Yet, this is not simply about the behavior of law enforcement and the judicial system, but about the way all of society’s institutions treat people of color. I might argue that it makes us stateless persons, regardless of our legal status.

All of this is within the environment of this government attempting to rid this nation of brown peoples, primarily via its myriad laws and modern Indian Removal campaigns. While this has always been true historically, with this president, who began his presidential campaign by referring to Mexicans as rapists and murderers and while calling for the building of a wall (with Mexico paying for it), the anti-immigrant fervor is much more intense nowadays.

Given all this, for those that can, they should become U.S. citizens. It does not make someone any less a Mexican, unless one chooses that for oneself. For those eligible, they should also attain double citizenship or double nationality. But there should be no illusions about attaining that double citizenship status either. As I was writing this, I actually do remember being discriminated against several times in Mexico, precisely because of my skin color. And yet, nowadays, as I am on my sabbatical in Mexico, I gladly assert that double nationality. As a Mexican Mexicano, I do feel a sense of pride and dignity in that.