When Dr. Dennis A. Kramer II, assistant professor of higher education at the University of Florida, set out to study the impact of excess credit-hour policies that charge students extra for taking significantly more courses than they need to graduate, he expected to find that the policies would be associated with higher graduation rates.

Kramer said he was surprised to find that not only were the policies having a “very limited” impact on graduation rates and degree completion, but they were actually plunging students — particularly low- and middle-income students — deeper into debt. 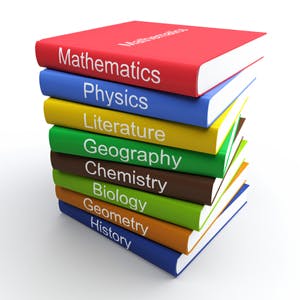 “What we were surprised to find is that while not having systemic impact on graduation rates or degree completion that it really had an impact on median student debt levels at the institutional level,” Kramer said in a phone interview with Diverse. “This finding was robust across a variety of specifications and appeared to be concentrated primarily in low-and middle-income students.”

Kramer’s findings are contained in a new study being released today titled “The Costs and Consequences of Excess Credit Hour Policies.”

The study — conducted by Kramer, Michael R. Holcomb, a research associate at the University of Florida’s Institute of Higher Education, and Robert Kelchen, an assistant professor of education at Seton Hall University — appears in Educational Evaluation and Policy Analysis, a journal of the American Educational Research Association, or AERA.

The study comes at a time when policymakers and higher education stakeholders are engaged in an ongoing discussion about what strategies can be implemented to increase graduation rates and reduce costs for both students and institutions. Taking excess credits is seen as a waste of both public and individual dollars.

Excess credit-hour policies — designed to spur students to graduate in a more timely fashion — are mechanisms through which students are assessed surcharges if the credits they have taken significantly exceed the number of credits needed to graduate. The threshold is usually 115 to 130 percent above the credits needed to graduate, and the surcharges can require students to pay as much as twice the amount they would ordinarily pay per credit, Kramer’s paper explains.

Arizona, Utah, Texas and Wisconsin are among the states that have adopted excess credit-hour, or ECH, policies, according to the paper.

While the paper failed to find any evidence — positive or negative — that ECH policies impacted graduation rates, it found that institutions within adopting states experienced increases as high as 7.2 percent in median student debt four years after the ECH policy was adopted, and nearly similar amounts five years after adoption.

Kramer said the issue is timing and lack of awareness among students about ECH policies.

“Students don’t really feel the impact of this policy until they get past the threshold, until they get that charge for going over their credit hours,” Kramer explained. “And at that point it’s too late to make substantive changes in their course-taking patterns.”

Kramer said ECH policies “appear to be a cost burden shift from the states to the individual students,” and that it “appears to be our traditionally disadvantaged students who bear the largest proportion of that burden’s shift.”

Dr. Dhanfu E. Elston, vice president of strategy at Complete College America, said one of the problems in higher education is that some policies are “punitive” to students, when in fact the biggest challenges are “the structures that were not enabling them to complete more or the amount of credits needed for them to graduate on time.” Complete College America is a national nonprofit that works with states to increase the number of Americans with quality career certificates or college degrees, especially for traditionally underrepresented groups.

As a solution, Elston touted his organization’s “Guided Pathways” work, which involves “degree maps” to help students better understand what courses they must take to graduate on time and to “prevent and limit students from accumulating more credit hours than are required” and “costing them an excess amount of money.”

Elston said it’s also important for colleges and universities to make sure that classes are “offered when students need them instead of allowing them to swirl from semester to semester and backfilling with extra classes that they don’t need.”

Kramer said he is not calling for the elimination of excess credit-hour policies but said more robust advising is needed to help students understand the consequences of running afoul of the policies.

“I’m not calling for policy rescinding currently but I think certainly this raises some potential concerns around the unintended consequences of these policies and the potential lack of information that students might have about their effects,” Kramer said.

While most ECH states have requirements for notifying students who exceed the credits they need to graduate, Kramer said the research shows that mere e-mail notification is often not enough because students are often unresponsive to official e-mails.

Kramer said it’s important for states and institutions to make sure that ECH policies are flexible enough for students to explore different majors and disciplines that may cause them to accumulate more credits than they need to graduate.

“What we don’t want to see is students tracking into majors that first semester,” Kramer said. “We don’t want the state policies to essentially force students to pick a major and stick with it no matter if they enjoy it or not.

“I want students who are exploring a variety of different disciplines, getting an interdisciplinary perspective and ultimately selecting a major that fits their career path.”