Finances a Troublesome Subject at Many HBCUs

When college leaders across the nation begin rolling out their welcome mats for the coming school year, few are likely to be more anxious about the days ahead than those operating historically Black colleges and universities (HBCUs). 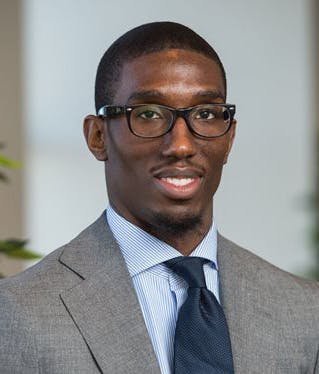 The institutions — 49 are private nonprofit institutions and 51 are public institutions — are facing increasingly tough times, with few exceptions, as warning flags abound and time appears to be running out on solving the myriad challenges that these schools face.

Many HBCUs are facing enrollment challenges (a key source of revenue for these tuition-dependent institutions), employment competition, shrinking support from local, state, federal and private funders and have been unable to sustain a stable cadre of chief executives and fundraisers.

“We’ve got to step it up,” says Dr. Norman C. Francis, the higher education icon speaking to a select audience of HBCU boosters this spring in Washington, D.C.

Francis, who retired in 2015 after 47 years as president of Xavier University of Louisiana, offered a sobering brief assessment of the days and years ahead for HBCUs.

Francis’ comments resonate across the nation on public and private, large urban and small rural campuses as institutions search for strategies to effectively address many of the tough tasks, say higher education analysts and industry observers.

HBCUs, which are heavily dependent on tuition income and as a group have the most accommodating admissions access rules, are among the “fragile,” says Preston.

“Any type of policy that affects the students financially will affect the institution, whereas Research I-level schools and liberal arts colleges with good endowments can take these blows,” says Preston. “The rich schools get richer. The poor schools get poorer. People aren’t looking around to invest in HBCUs,” he says.

Evidence of the levels of fragility abound.

Federal higher education census reports show Black student enrollment at HBCUs has fallen at the 101 institutions of record in 2015 to 9 percent of all Black students in college. In the days of legally enforced racial segregation, HBCUs had a nearly 100 percent captive pool of Blacks seeking a college education.

Overall enrollment at most HBCUs has been on a downturn since the 2008 national economic slide, although increasing enrollment of White students and other minorities has somewhat eased the fall at many institutions. Mississippi’s Jackson State University, for example, reports White student enrollment today accounts for 11 percent of its overall undergraduate enrollment.

Fewer than 10 HBCUs are considered Research I level institutions. Less than a dozen HBCUs have an endowment of an appreciable size, based on a review of the most recent Voluntary Support of Education (VSE) study by the New York-based Council for Aid to Education (CAE). Nearly half a dozen are operating with multimillion-dollar deficits from which they are not likely to emerge, absent a major bailout.

HBCU leaders say that today’s landscape is familiar, nearly all of it rooted in decades of underfunding since Civil War days. It has only worsened since Black students began hearing more from historically White institutions and funders began supporting HBCUs less.

Institutions, as Francis urges, are moving faster to address the money issue, hoping more financial stability will translate into an overall better ability to function effectively.

HBCU development offices are being assigned more responsibility than in past decades to help find the money institutions are no longer getting from state, federal, corporate and philanthropic coffers. Alumni offices and associations are being increasingly leaned on to pitch in and pitch in more.

“We have to really look at how we are going to sustain our institutions,” says Dr. Vita Pickrum, vice president of institutional advancement at Delaware State University. Her institution hosted the HBCU Philanthropy Summit this summer. Started six years ago with two colleges, this year’s drew more than two dozen institutions.

Atop the list of two days of fundraising strategies up for discussion, Pickrum says, the group will explore ways institutions can do more collaboration on grant proposals and requests.

“We’re building (fundraising) capacity,” says Dr. Deborah Fontaine, vice president for advancement at Virginia’s Norfolk State University, where the alumni giving rate was at 3 percent when she came on board in September 2014. “I believe alums have got to step up,” she says, echoing her HBCU peers across the country.

To address that need, Norfolk is among several HBCUs to boost the ranks of “seasoned” fundraisers, says Fontaine. Her total complement of advancement staffers has risen to five people from the one-and-a-half persons she had on staff when she was hired.

“We only heard from the university or alumni office when they wanted money,” says Yolanda Owens, president of the Jackson State University National Alumni Association. Owens, a contract administrator for an Atlanta-based engineering company, says “there’s a true need” to assist the university and that her leadership team is focusing on the “education piece” of helping the university engage more effectively with its more than 40,000 alumni.

Indeed, Black alumni will play a critical role if these schools are to persevere and flourish.

Raising it “doesn’t take long to do,” he says. “It’s just got to be focused.”

Kimbrough, a college administrator for some 25 years — the last five running Dillard in New Orleans — says that HBCUs need to do a better job of pitching the message of their value, as surveys show that HBCUs continue to be a reliable source of college graduates in a wide range of key fields.

Still, HBCUs get less attention and money than is merited, even from Blacks who can spare the money, according to Kimbrough and other higher education fundraisers.

The last major gift to an HBCU was in the late 1980s when Drs. Bill and Camille Cosby gave Spelman College $20 million. It was an investment that helped “transform” Spelman to a higher level, says Kimbrough. Amid growing popularity and wealth of Black entertainers since that time, no one has stepped forward to match or boost private aid to an HBCU, he says.

In 2013, entertainer Dr. Dre’ gave the University of Southern California (USC) $35 million. The USC gift, which was as large as the total collective endowments of all but a few HBCUs, went to an institution that already owned a $4 billion endowment, says Kimbrough, who wrote an op-ed criticizing the rapper for the donation. Dillard, like so many other HBCUs, needs “transformational” gifts, says Kimbrough.