Several Democratic lawmakers are pressing the Trump administration for clarity on the question of whether the Department of Justice plans to “launch an attack on racial diversity and inclusion in higher education.” 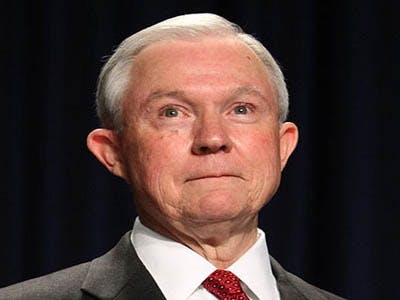 In a letter dated Aug. 18, the lawmakers ask U.S. Secretary of Education Betsy DeVos and U.S. Attorney General Jeff Sessions a series of questions concerning a report in The New York Times that the DOJ’s Civil Rights Division is “preparing to redirect resources into investigating and/or pursuing legal action against American colleges and universities over admissions policies that seek to provide students with racially diverse and inclusive learning environments.”

The story was based an internal announcement to the civil rights division at DOJ that sought current lawyers interested in working for a new project on “investigations and possible litigation related to intentional race-based discrimination in college and university admissions.”

In the wake of that report, the DOJ released a statement saying the press reports concerning the matter were “inaccurate,” and that the posting actually sought volunteers to investigate “one administrative complaint filed by a coalition of 64 Asian-American associations in May 2015 that the prior Administration left unresolved.”

That was a reference to a complaint the associations filed against Harvard University alleging racial discrimination in its admissions policy.

“This Department of Justice has not received or issued any directive, memorandum, initiative, or policy related to university admissions in general,” the DOJ stated at the time.

Still, those assurances were not enough to allay the fears that ensued in the wake of Times’ report that the Trump administration planned to crack down on race-conscious affirmative action despite the fact that the U.S. Supreme Court has ruled that race can be considered in college admissions in a narrow way.

Among other things, lawmakers’ letter asks Sessions and DeVos for “a description of any new policy currently under consideration at your agencies related to racial diversity in admissions on college and university campuses.” They also seek information on any directives to DOJ employees that deal with how to respond to complaints or cases related to university admissions since January 2017, or how to respond to cases related to racial diversity in education.

Lauren Ehrsam, a spokeswoman for the DOJ, told Diverse that she can confirm that the DOJ has received the letter and that it is being reviewed, but said the DOJ “declines further comment.”

Elizabeth Hill, press secretary for Secretary DeVos, told Diverse: “As the Secretary has said previously, the courts have opined on this issue and nothing has changed at the Department within OCR as to policies relating to racial preferences. OCR will continue to evaluate complaints under Title VI (of the Civil Rights Act) according to Supreme Court precedent.”

OCR is an acronym for the office of civil rights.

Hill said further that the Education Department will respond to the letter but that it could take a few days. The lawmakers requested a response by Sept. 1.

Asked to respond to the specific points raised in the letter, Hill said: “I’m not aware of any plans to work with the DOJ on any investigations into race-based discrimination.” Diverse asked Hill to clarify whether Secretary DeVos herself was similarly unaware of any such plans but did not get a response.