Planning Helped Texas Southern Get a Handle on Harvey

The notices from the university administration started going out last Tuesday at Texas Southern. That week, Dr. Austin Lane, the president of the Houston institution, gathered his cabinet, the chief of police, and other members of university leadership to address the incoming storm.

“Fortunately, we had time to prepare,” said Lane. “The planning and preparation made all the difference.” 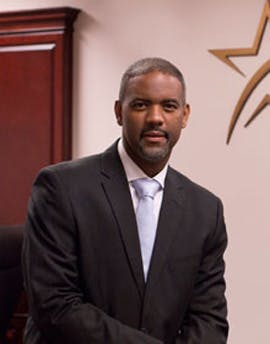 With 38 people dead and 30,000 in shelters as of Wednesday, Harvey has ravaged Southeast Texas, destroying buildings and roads. Although physical damage to Texas Southern University has been relatively minor, countless students, staff and faculty have lost their homes.

“Buildings may be standing but our people have been devastated,” said Melinda Spaulding, Vice President of University Advancement.

President Lane and his crisis management team discussed plans for providing food, back-up power, and communication. He explained that notices were sent out through multiple platforms, including Facebook, Twitter, and email.

Five hundred freshmen students had already moved in when Harvey hit, but many Texas Southern students were en route to their campus. The university’s communication efforts were made to warn these incoming students, but they also comforted parents of the freshmen who endured the storm in their dormitories.

“The parents were more upset than the students,” said Spaulding. “We wanted the parents to be reassured, and images were the best way.” The university’s official Twitter account posted photos last Saturday of students watching the Mayweather MacGregor fight.

The students on campus were kept safe, but other members of the university community throughout Southeast Texas have either lost their homes to flooding or have been forced to evacuate.

The university today launched the TSU Cares program, which offers up to $250 in assistance to students and employees. Donations and applications can be submitted on Texas Southern’s website. Spaulding said Requests will be processed within 48 hours.

Recovery efforts will continue after classes resume on Tuesday, Spaulding explained. Counseling will be provided for members of the university community who have been traumatized by the storm.

Additionally, Special Assistant to the President Wendell Williams submitted an application to the Department of Education for additional financial aid for students who have been impacted by Harvey. These emergency funds are offered by the federal government in the form of additional grants or work-study opportunities for students. The status of the application is still pending.

Spaulding says Harvey has interrupted a highly anticipated fall semester. Texas Southern was expecting one of the highest freshmen classes in its history, according to Spaulding. The university fortunately has an adequate business continuity plan, which ensures that continuing students’ records are kept safe through the storm. Spaulding explained that more than 80 percent of the students are at-risk, meaning they are first generation college students coming from low-income families.

Although the damage to the facilities has not been serious compared to the rest of the city, the president stated the university will need outside help. “We’ll definitely need some federal assistance,” Lane said.

Moving forward, the community at Texas Southern hopes to manage both internal and external traumas.

“Our students will be working to put that community back together,” said Spaulding, “While the university will help the students.”