Millennials care deeply about education, but perceptions of its impact and how to resolve some of the challenges facing higher education vary across racial and ethnic lines. 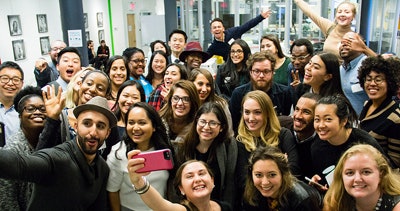 “The findings challenge a fair amount of existing preconceived notions about millennial viewpoints on race and education and the notion that millennials are a monolithic group,” said Dakarai Aarons, vice president of strategic communications for the Data Quality Campaign.

“This is not to say that they don’t believe in college or the importance of higher education, it’s just that they are more likely to say there are alternative ways of achieving success in society,” said Dr. Vladimir E. Medenica, postdoctoral scholar at the University of Chicago.

Millennials hold differing views on college access and affordability. Only a small fraction — approximately one in 10 — say that college is affordable and that everyone who wishes to go, can. They majority, or 63 percent across all racial lines, believe that college should be affordable to all provided that students are willing and able to take out loans and work part-time to fund their education. About a quarter believe that only the wealthy can afford to attend college.

In addition to college costs, freedom of expression at schools has been a point of contention in recent years, with protests erupting around the appearance of controversial speakers.

According to its website, the GenForward Survey is a product of the GenForward Project at the University of Chicago, and is “the first of its kind—a nationally representative survey of over 1750 young adults ages 18-34 conducted bi-monthly that pays special attention to how race and ethnicity shape how respondents experience and think about the world.”