The solid majority of college students — 66 percent — say hazing is a “serious problem that needs more attention,” but a third believe hazing is just a “part of college life,” a new survey released Monday shows.

The survey — conducted by NBC News and SurveyMonkey and officially dubbed the “College Hazing Poll” — also found that a majority of current students — 52 percent — thought hazing will always be present on college campuses while 46 percent thought it could be eliminated. 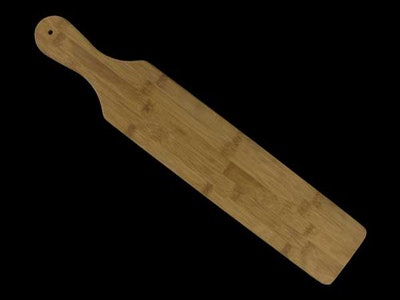 The poll comes on the heels of last week’s alleged alcohol-related hazing death of Maxwell Raymond Gruver, an 18-year-old freshman at Louisiana State University from Roswell, Ga. The LSU case is currently under criminal investigation.

The poll also comes as a group of federal lawmakers seek to advance the REACH Act, a piece of bipartisan legislation that would require colleges and universities to report acts of hazing and to educate students on what hazing is and how to report it.

The bill was introduced this summer by U.S. Reps. Patrick Meehan (R-Penn.) and Marcia Fudge (D-Ohio) and is being co-sponsored by nearly a dozen lawmakers from both sides of the aisle.

The proposed legislation follows the February death of 19-year-old Timothy Piazza, who died after falling down a flight of steps at a Penn State University fraternity party that featured excessive drinking.

News reports indicate that the fraternity brothers argued about what to do and did not call for an ambulance until 12 hours after their own attempts to help Piazza had failed.

A judge recently threw out the most serious charges against the frat brothers but the fraternity itself — which has since disbanded at Penn State — remains charged with hazing and furnishing alcohol to minors, news reports state.

During a conversation with journalists Monday in New York City, Piazza’s parents said they didn’t foresee any problems when their son decided to pledge for the fraternity.

“When I read the tenets of this fraternity, I felt better because it was non-hazing, non-alcoholic fraternity,” Evelyn Piazza said. “So I thought, ‘OK, we’re good.’”

Meehan, the Pennsylvania Congressman, said the proposed law spells out what hazing is in order to put everyone on notice about the risks.

“Substantial risk of injury. That’s where you really start knowing these are the elements, so to speak,” Meehan said. “It suggests that you understand that there’s some risk associated with certain activities.”

Fudge, the Congresswoman from Ohio, said the proposed law also seeks to curtail “humiliation, degradation, things that might be reckless behavior, not always intentional, but certainly intentionally reckless or without regard to a person’s safety or mental health.”

“We’re talking about excessive use of alcohol. We’re talking about sex acts. It’s not confined to sororities and fraternities,” Fudge said. “It’s also people in marching bands, sport activities. It is rampant on college campuses. It has to stop.”

The college hazing poll found that 75 percent of Americans indicated they support the REACH Act but that about one in five oppose it.

Asked if college students involved in hazing should be criminally prosecuted, 66 percent stated that it depends on the situation, the poll found.

A quarter said that college students involved in hazing should be prosecuted no matter what, and just five percent indicated they should not be prosecuted, the poll found.

Jim Piazza said he believes the legislation may help. “I think the only way we’re going to change is if we have some real accountability and hopefully deterrence from doing this in the future.”