Tananarive Due is bringing a highly anticipated Get Out-inspired course to the University of California, Los Angeles (UCLA) this semester. 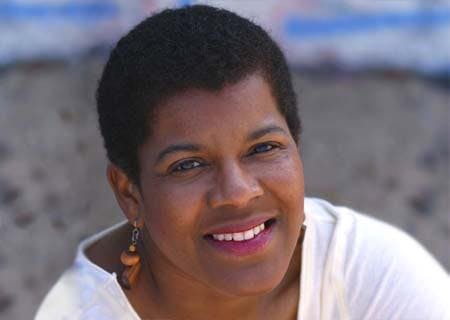 The “The Sunken Place: Racism, Survival and Black Horror Aesthetic” course is based on director Jordan Peele’s popular film and students will explore how images of blackness in classic works of Black horror film and literature symbolize larger themes of race in society.

“I really would like [students] to develop a more critical eye as they watch popular media to see the recurrent themes and stereotypes that are still following us since the dawn of the film industry,” said Due, a lecturer in the department of African American Studies at UCLA.

Due plans to examine such themes as anti-Black racism and the fear of Black otherness and Black power that have been embedded in films like Birth of A Nation and Ingagi starting in the 1920s and ’30s.

In recent pop culture however, Due took interest in Peele’s Get Out because of its “broad appeal” and “bold examination of the issues of racism and survival” that other works of Black speculative fiction and horror examine. “I thought it would be a great opportunity to branch out and look more deeply into horror specifically,” she said.

In her own analysis of classic Black horror movies throughout the decades, Due says it is “really interesting to watch the difference between how Black actors were used in horror movies made by White filmmakers, as opposed to what they do under their own power and direction,” she told the blogsite io9. Films like Son of Ingagi that featured Black actors with nuance and sensibility— instead of in subservient positions to White people — hone in on this point, as no Whites were even in the movie, Due added. “Blacks have power in the film, they have agency in the film.”

New films like Marvel’s upcoming Black Panther in February 2018 illustrate the film industry’s work towards more inclusivity for actors of color, but Due said “there’s a lot we can learn from watching the classics.”

And because of the current racial and political climate, “there are a growing number of writers of color who are publishing and embracing horror,” Due added. Her horror course will be an offshoot of “Afrofuturism,” a movement by authors, musicians and other artists working in the Black speculative arts and science fiction. She extends this definition to include fantasy, magical realism, science fiction and horror.

Students enrolled in the “The Sunken Place” will examine Black horror films including Get Out, Son of Ingagi, Ganja & Hess, Def by Temptation, Eve’s Bayou and Blacula. Students can also expect to read Octavia Butler’s Fledgling, W.E.B. Du Bois’ short story “The Comet,” Kai Ashante Wilson’s e-book The Devil in America and Due’s own book The Good House among other films, books and essays.

Selected stories Due will specifically look at “lend history and horror elements to give a better contextual framework to our present day circumstances,” she said. In Du Bois’ “The Comet,” for example, the story describes a devastated New York where the only two survivors are a Black man and a White woman. “The absurdity of racial hatred is rendered moot in ‘The Comet’ where the only goal is survival. I mean who cares what color someone is if this is the only person who survives and you also survived?”

Because the course is new, the works explored are still subject to change. Still, faculty members in the African American Studies department at UCLA are more than excited for Due to bring the course to the program.

“Professor Due’s course is an innovative and exciting new addition to the course listings in African American Studies, not only at UCLA, but to Diaspora Studies in general,” Johnson said. “One of the things that makes this course so promising is Professor Due’s expertise in Black self-representation in cinema.”

The UCLA professor began publishing her own works of horror in 1995 and has an extensive background in Afrofuturistic literature and screenwriting. She is an award-winning author, a former Cosby Chair in the Humanities at Spelman College (2012-2014) and she has taught in the creative writing MFA program at Antioch University Los Angeles.

Due has also been teaching an Afrofuturism course at UCLA for the last several quarters. She emphasizes the importance of Afrofuturism, saying that much of the work in the genre “embraces the past while pointing towards a Black presence in the future.”

Due shares that she has loved horror all of her life and inherited that love from her late mother, Patricia Stephens Due. “I believe she used horror as a way to escape the traumas of her real life as an activist,” Due said. “It’s been clear to me for a long time as an artist that I could use a horror framework to process my own traumas and create some sense of them, which is what I think a lot of these horror artists are doing.”

Students taking Due’s course will be blogging about Black horror and they will have an optional opportunity to write a creative horror piece that adheres to things discussed in the class. “The Sunken Place: Racism, Survival, and Black Horror Aesthetic” course will begin at UCLA on Sept. 28.

“We are very excited about the new conversations that ‘The Sunken Place: Racism, Survival and the Black Horror Aesthetic’ will generate,” Johnson said.