WASHINGTON — Children’s savings accounts and college promise initiatives could be stronger if the two funding mechanisms for higher education were merged together, a professor argues in new paper that drew praise from a U.S. Senator who says he plans to pursue legislation and funding that would make it easier to do just that. 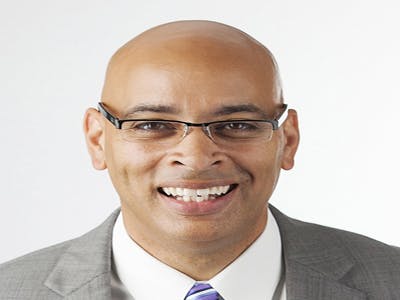 The idea was proffered Wednesday by Dr. William Elliott III, a professor of social work at the University of Michigan.

For Elliott, children’s savings accounts — or CSAs — can ameliorate a host of problems associated with going to college and paying for it since they involve investing in a child’s college education on the front end with savings instead of at the back end with grants and debt.

Among other things, Elliott said CSAs have been shown to boost children’s social and emotional development as early as age 4, help form a college-going identity, and increase parental expectations around their children’s eventual college enrollment.

But when it comes to going to college and paying for it, there are also issues of equity that must be taken into account, Elliott said.

“It’s not just about whether or not a kid goes to college with student debt,” Elliott said. “If a kid goes to college, pays for it with debt and ends up with worse financial outcomes than a kid who went to college and didn’t use debt, to me that’s a failure in the end, because we’re not reducing inequality in society.”

Elliott expounds on his ideas in a new paper that is part of a larger policy report — titled “Designing Sustainable Funding for College Promise Initiatives” — that was presented Wednesday by ETS, the Princeton, N.J.-based education assessment organization, and the College Promise Campaign, a national initiative that seeks to build public support to make the first two years of college free.

In the paper, Elliott notes that while college promise models that focus on free two-year college typically address tuition only, students face many other costs such as rent, transportation, fees, and food. Elliott argues that CSAs can help “round out” college promise initiatives by creating a source of non-tuition funds, “such as an initial deposit for on-campus housing, which may not be particularly large, but can often trip up first-time college goers.”

There are currently more than 190 college promise programs throughout the United States, from places as distant and diverse as Long Beach, Calif., to Kalamazoo, Mich., the report states.

Martha Kanter, executive director of the College Promise Campaign, said her organization is interested in promoting the “smart” design of college promise programs in order to “maximize student motivation, persistence and completion.”

“For us, it’s all about the design,” Kanter said.

“Why would we not robustly fund an intervention that shows that much promise?” Coons said.

But CSAs also come with their share of challenges, Coons said, echoing Elliott’s findings that CSAs only result in modest savings and uneven results. “In other words, welcome to the real world,” Coons said.

Coons — who introduced the American Dream Accounts Act in 2012 along with U.S. Sen. Marco Rubio (R-Fla.) — said he would try again to advance the bill in the near future.  Coons said the bill “encourages partnerships between schools, colleges, local nonprofits and corporations” and “allows them to develop student accounts that are secure, web-based, personal, portable.”

The bill has made it through the Senate twice as a part of larger, more complex legislation but never got picked up by the House.

“I am looking for any positive, possible source of new revenue that could be put toward the cumulative power of a community promising college opportunity and an individual student and their families and mentors and their extended support networking saving towards college,” Coons said. “I am convinced this is transformative.”

Dr. Michael Nettles, senior vice president of the policy evaluation and research center at ETS, said he interpreted Coons’ remarks as an “invitation” to send the senator some ideas on how to make the strategies explored in the college promise paper a reality.

“We will continue this effort,” Nettles said, adding that he hopes to reconstitute the design teams who produced reports for the paper to “take the work to the next step.”