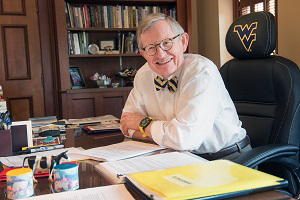 In a letter issued to WVU students and faculty, Gee said the five fraternities: Alpha Sigma Phi, Kappa Alpha Order, Phi Sigma Kappa, Sigma Chi and Theta Chi, are banned from campus grounds for at least a decade, according to the Pittsburgh Post-Gazette.

The fraternities first decided to establish an independent interfraternity council after seeing the announcement to push the start of freshmen rush to the spring semester. The decision was made in efforts to limit hazing and alcohol abuse within WVU Greek life following the death of 19-year-old Nolan Burch in 2014, who was rushing Kappa Sigma at the time.

After becoming initially aware of the new council’s creation, university officials tried to reach out to the then-campus fraternities to try to resolve the conflict, but the chapters ignored the requests.

“It is clear, and extremely unfortunate, that our students are being pressured by their national organizations to oppose deferred or delayed membership, which we believe is an important component to ensuring students have a firm academic foundation before joining fraternities,” Gee said. “I believe these national organizations are more concerned about dollars than our students’ lives.”