The number of ethnic minority, first-time graduate students inched up from 2016 to 2017 while women earned the majority of graduate degrees for the eighth year in a row, according to the latest annual study by the Council of Graduate Schools (CGS) and the Graduate Record Exam (GRE) Board.

Released Wednesday, the “CGS/GRE Survey of Graduate Enrollment and Degrees: 2007 to 2017” contains data that illuminates first-time graduate student application and enrollment trends by gender, race, academic field and student origin. Key findings of the new survey, in which 619 schools participated, include: 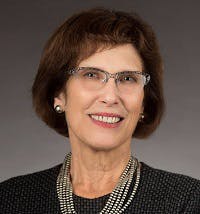 · The number of first-time applications for admission declined by 1.8 percent between fall 2016 and fall 2017 while growth in first-time college enrollment and total enrollment remained flat.

· Underrepresented minorities accounted for 23.9 percent of all first-time U.S citizen and permanent resident enrollees, slightly up from 23.4 percent the prior year and a steady uptick from 21.1 percent in fall 2013.

· Although minorities remain significantly underrepresented, especially in STEM fields, first-time enrollment increases among Hispanic and Latino men and women have been remarkable – up 5.6 percent for two consecutive years with average increases of 8 percent over five years and 8.1 percent over 10 years, fueled by a 21.8 percent rise in math and computer sciences and double-digit percentage increases in business and engineering programs.

· For the eighth year in a row, the majority of graduate students at all levels were women, constituting 59.2 percent at the certificate and master’s level and 53.5 percent at the doctoral level.

· International students were the majority of first-time graduate students in math and computer sciences (56.3 percent) and engineering (52.9 percent).

· Several broad fields of study clocked increases in numbers of applications from 2016 to 2017, chief among them business (4.5 percent), public administration and services (1.9 percent), education (1.8 percent) and math and computer sciences (1.7 percent).

· The number of master’s and doctoral degrees awarded increased 4.6 percent and 1.7 percent, respectively. 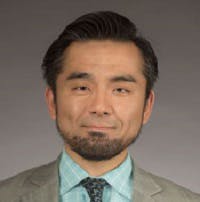 “Many of the fastest-growing fields are in mathematics and computer sciences and the health sciences, including physician assistants, occupational therapists, mental health and substance abuse social workers, mathematicians and computer and information research scientists,” she said. “These jobs all require at least a master’s degree for a typical entry-level position.”

She added that the overall decrease in applications and flat enrollment rates aren’t surprising “given the robust economy and job market. After years of steady growth, the slow-down aligns with typical cycles in the economy.”

However, the decline in first-time enrollments among international grad students is “worrisome,” Ortega said. “While it is difficult to pinpoint what caused the decline, the current policy climate around U.S visas and immigration may be a contributing factor.”

Beyond institutions of higher education, the study typically garners the interest of employers and policymakers. CGS also conducts an annual survey focused solely on international graduate students, Okahana said, and the latest will begin this fall with results unveiled in early 2019.