Issues in diversity and inclusion have swept the nation with many high-profile cases publicly playing out in colleges and universities across the country. While all agree that something must be done to enhance the diversity and equality of our nation’s schools, barriers persist when it comes to deciding on effective tactics and taking concrete actions — talk dominates while action stagnates.

There are no quick fixes or shortcuts to solving the issue of diversity in graduate education. Instead, it’s critical to define and vocalize the challenges while designing proactive solutions that are targeted, specific and backed by motivated faculty and dedicated administrative resources.

Diversity is a strength we should fervently embrace, as it allows us to leverage the rich perspectives, experiences and talents of the full spectrum of groups in our society. The challenge of being inclusive can vary widely from department to department. In some departments, it may be Native Americans, African-Americans or Hispanic Americans who are significantly underrepresented. In other departments, it may be women (for example in STEM fields) or men (for example in Nursing or Social Work programs). Our campuses should welcome all groups and be fully inclusive with respect to race, ethnicity, gender, sexual orientation, socioeconomic status, geographic origin and so on. Thus, we should work hard to assure that each of our departments is well balanced. 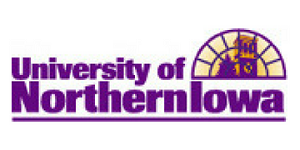 During my time at Purdue University, and now at the University of Texas at Austin (UT Austin), I’ve had the privilege of working with great people and helping to develop and oversee several diversity initiatives. One of these initiatives was the Diversity Transformation Awards at Purdue, which distributed $1 million in funding for nine faculty diversity projects. Not only did the program energize the conversation around diversity at Purdue, it also inspired creative approaches to improving recruiting and retention of both underrepresented (URM) students and URM professors. Key to these projects’ success is proactive faculty leadership coupled with a targeted plan and support from the university and departments.

In moving from Purdue to UT Austin, I joined many administrators, faculty and staff who are committed to diversity and inclusion. The University just completed a Diversity and Inclusion Action Plan (UDIAP) in fall 2016 and is in the process of working through the implementation specifics. Creating the plan involved input from a broad range of constituents across campus and empowered graduate programs to develop target goals and roadmaps to achieve them. Addressing underrepresentation of African-American and Hispanic students was a common goal for many of the departments. A careful examination of proactive measures we could take led a number of departments to partner with minority serving institutions and participate in targeted recruiting fairs. Within the Graduate School, we developed a centralized recruiting program, involving faculty ambassadors who help us recruit when they travel off campus. We also provide special fellowships for students in West and South Texas — regions with large minority populations — and provide centrally funded diversity fellowships.

Equally important is having a fair and enlightened admissions process that identifies the strongest, most diverse, and most successful class of incoming students. Much debate has centered around the impact the application process has on diversity outcomes. Holistic reviews can be extremely effective in this regard. Assuring holistic application reviews occur uniformly on a campus as decentralized as UT Austin can be challenging. After surveying departments last year, we found that many were doing holistic reviews, many were not and many were in the middle. We invested in developing handouts, videos and workshops to share proven practices from across the nation. Central to the concept of holistic application review is looking at everything a candidate has submitted, understanding unconscious biases and being aware of inequities in access to opportunities. The workshops and materials we provide also talk about how to properly use and interpret GRE scores and GPAs, and how to assess evidence of a candidate’s personal attributes and experiences, which can often be found in resumes, letters of recommendation and personal statements. Through the various proactive outreach activities that have been underway over the years, along with financial investments in student support and holistic application review processes, we are making consistent progress in attracting URM students to campus.

Also critical is that we prioritize attention to supporting URM students once they arrive on campus. This was one of the critical issues addressed in the UT Austin Diversity and Inclusion Action Plan. Each college and school was required to form a Diversity and Inclusion Committee to help ensure departments create and sustain an inclusive environment where underrepresented students feel supported and welcomed. The combined result of these efforts has been positive. In fact in 2014, we crossed the transition point where we no longer have a racial/ethnic majority group among our graduate students on campus.

Though progress has been and is being made on many campuses across the country, the rate of change is not particularly fast and most would agree we can do better. Typically, it’s the passionate few who take the lead, going above and beyond to recruit and support underrepresented students, while the large majority tends to play a passive role. This “complacency,” which can be seen on many campuses across the nation, is perhaps the greatest diversity-related obstacle facing universities today. The investment in time and energy to effectively attract and recruit underrepresented individuals is significant. It is this significant effort on the part of all departments combined with financial resources that noticeably moves the needle.

For us to be most effective in becoming fully inclusive, we should all be involved in the effort. Getting everyone (or a significant percentage of the faculty) actively involved in the discussion, planning and implementation of solutions is not easy on most campuses. One first needs to start the discussion. A good starting point is to devote a faculty meeting to reviewing results of the most recent campus climate study. Often these studies ask questions about whether respondents have experienced discrimination or witnessed discrimination, whether respondents feel welcome and included in department activities and whether respondents feel they are being treated fairly. When survey results are analyzed and broken out by groups in their various combinations (student, faculty, and staff parsed by race/ethnicity, gender, orientation, etc.), disparities in responses frequently appear, signaling a call for action.

It is not unusual for those in a majority group to be unaware of climate challenges facing those in a minority group, because from the majority vantage point these problems are not visible. Presenting diversity data and salary equity data can also be helpful as part of these conversations. It is generally only after the faculty recognize there is a problem that attention is given to a solution. Building department support around actively advancing diversity often requires tenacious leadership. When successful, the effort is more than justified, as having an inclusive educational environment not only benefits URM students, but enriches the college experience of all who walk through university doors.

Dr. Mark J. T. Smith is the dean of the Graduate School and senior vice provost for Academic Affairs at The University of Texas at Austin. He is also a board member of the Educational Testing Service GRE.