Dear Educators/Administrators: EVERY Student is a Scholar

There are several identities that distinguishes learners within academia including but not limited to race, ethnicity, gender identit­­­­­­­­y, socioeconomic status, native language, culture, national origin, religious beliefs, age, disability status, political perspective, military service, documentation status and being family college attendance generation status. The one shared identifier by all of the aforementioned categories among all the persons we serve and impart knowledge to is the outdated term of “student.” I am urging my fellow academicians from this day forth to address all learners in your classrooms, institutions, churches, non-profit organizations, mentor programs in Pre-K-12, undergraduate and graduate studies as “scholars”. 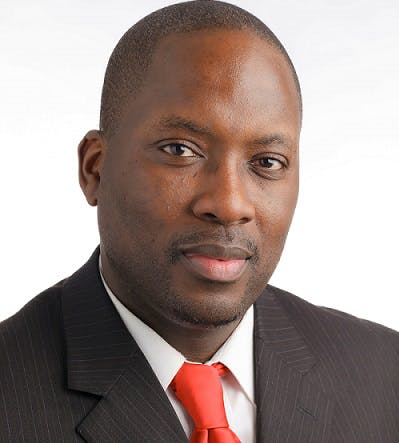 Students are typically defined as individuals who are learning at a school or in a teaching environment, whereas a scholar is often described as a learned person who has exhibited accelerated learning competencies and/or possesses high content knowledge of a particular subject.

Unfortunately, in most cases the scholars are viewed as having more potential than the student. The framework of simultaneously enrolling scholars and students who are reaching for the same goal is antiquated and problematic on several levels. Often times, the academic gap between the honors “scholar” and the special admit “student” is couched in privilege, historical discrimination and varied expectations. The difference in the two terms is a subtle disenfranchisement that can limit the academic ceiling for the general learner tagged with the “student” label. Separate from the rigidity of specific scholarship requirements, irrespective of categorization, students and scholars are both expected to flourish academically and socially. As such, all athletes should be referred to as Athletic scholars; those in campus housing are resident scholars and their counterparts are commuter scholars. Honors program participants and other cohort programs, if necessary, can simply have the appendage of “honors” added to the term scholar.

The national disconnect with the transition between high school and college learning competencies highlights further rationale to adopt the term “scholar” for all those enrolled in an institution of higher learning.  The universal “scholar” term may boost the learners perception of their academic expectations during the college transition.  As such, the term “scholars” may also be employed within marketing materials, orientation related events/literature, in new student seminar courses and during academic advising touch points to further illuminate the philosophy of the scholarly title in the minds of future graduates; thus introducing a culture where learners are expected to flourish academically.

I was first labeled as a “scholar” midway through my undergraduate studies by Mr. Richard Morales-Wright, director of the Educational Opportunity Fund program (EOF) at Ramapo College of New Jersey. EOF is a state-funded program enrolling highly motivated low-income first-gen state residents who are not admissible by regular admit standards; learners who are often categorized as “at-risk.”  The EOF Program has provided college access to thousands who subsequently diversified the college educated populace in the state. Prior to arriving to campus and two weeks after my high school graduation, I experienced a 1.9 Grade Point Average (GPA), homelessness, loss of loved ones, random violence, so-called educators, drug-infestation in and outside of my family and being raised as a not-so proud welfare recipient. I have also endured the label of being called “Carlton Banks” an anti-intellectual notion that if you were of African descent and spoke a remixed version of the King’s English and/or have a divergent ideology you were seen as “Not-Black;” ostracized, marginalized and made to believe you were acting White. As a sophomore, Mr. Morales-Wright told the entire EOF cohort, and the college community, that EOF students will now be referred to as scholars. My mindset immediately changed, both the academic and the social expectations were advanced to a higher aspiration, and the community’s perception of the low-income cohort eventually changed. My past academic and social trials and tribulations were in the rear-view of my higher education pursuits, and my ongoing journey as a first-gen scholar had led to a change in the economic and educational trajectory, not only for me, but also for the future generations of my family. I eventually graduated and was inspired by my EOF adviser to pursue advance degrees and credit my personal and professional success to being introduced to the concept of “scholar” at a pivotal moment in my lifelong educational journey.

I now serve as the executive director of EOF at Montclair State University I have adopted the “scholar” identity as the framework for my “special admit” learners. As a result of the asset-based approach to services, mandatory structures, and the enrollment management framework of “from prospects to active alum,” we have increased our four-year graduation rates. From the recruitment process, first-gen scholars are informed in various communications (recruitment literature, emails, events etc.) that the academic expectations are high and ALL are expected to graduate. Learners who enroll with academic deficiencies and/or struggle academically are referred to as scholars. Scholars who face dismissal or opt to attrite and plan to return are referred to as readmit scholars. Every student type is a scholar and all are expected to graduate.

I am a firm believer that every interaction with a learner is a signature moment that either moves that individual closer to retention or attrition. The asset-based label of all participants as scholars from the enrollment process can set the foundation for academic excellence. Currently in academia, every scholar is a student but not every student is a scholar, a premise that places limitations on the academic ceiling of the majority of the population that institutions serve. As academia continues to evolve to meet the needs of diverse learners with the use of preferred names/pronouns, gender identity services, ADA complaint digital/physical spaces and the like; institutions must also be proactive in setting very high expectations for all who have a vested interest in higher learning. As stated earlier, of the various seen and unseen identities of the folks on a college campus, the primary unifying and outdated universal term is “student.” Moving forward, the new paradigm for all learners will allow all to be introduced to their new community with the same term of endearment and empowerment: “Welcome Scholars to (insert your school name here)!”

Daniel Jean serves as the Executive Director of the Educational Opportunity Fund Program and Academic Development at Montclair State University in New Jersey. He earned his EdD from Seton Hall University and his research focuses on the academic and social integration of first-generation college scholars.