Many Susquehanna University students have expressed their opposition to a plan by its university president to arm some public safety officers.

The decision came about after an August 2017 drug-related robbery in a dormitory suite where five teenagers were arrested. One allegedly had a handgun in their possession. 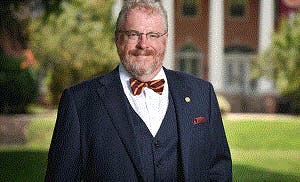 The following day, around 75 students held a protest walk around campus and met with Green to voice their concerns with the decision, according to PennLive.

The university has not said how many officers will be armed, but they will not have the power to arrest anyone, said Dr. Jonathan Green, the university president.

“Our policy currently allows the public safety director to authorize the possession of firearms on campus,” Green said. “The focus of the procedural change is to protect the campus community, especially during peak hours and key events, by adding a limited number of armed officers as an available resource.”