In a recent study published by the American Educational Research Association, researchers evaluated whether admissions certainty for Texas high school graduates has different effects on high- and low-income students.

Lead authors of the report, Dr. Jane Arnold Lincove, professor of public policy at University of Maryland, Baltimore County and Dr. Kalena E. Cortes, associate professor of public policy at Texas A&M University, studied the paths of 146,000 Texas public high schoolers who graduated in springs of 2008 and 2009 and applied to at least one four-year university. About 34 percent were from low socioeconomic backgrounds. 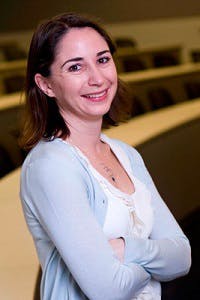 The TTP was signed into law by then Governor George W. Bush in 1997 and was designed to replace affirmative action. It provides guaranteed admissions to a four-year university in the state of Texas for all high school students who rank in the top 10 percentile of their class, regardless of their exposure to college coursework or high school quality. During the spring of their junior year, eligible students receive a letter notifying them of the institutions they’re automatically admitted into.

The report also stated non-eligible students are required to compete in holistic processes, even if their SAT or ACT scores and other college readiness measures are above those within the top 10 percent of their class.

While “There’s something kind of simple and elegant about just getting a letter in the mail that lists all the schools you’ve been admitted to,” the “Top Ten Percent Plan is only successful at creating more diverse student bodies at Texas public institutions because the state has really segregated high schools,” Lincove said.

As a result, Lincove said that the downside to the state admissions policy because is that it has to rely on continued segregation in high schools in order for it to be successful in creating diverse college student bodies.

Texas is the only state in the U.S. where the college admissions requirements is solely based on a student’s class rank, taking away more subjective indicators like SATs and whether or not a student took advanced placement courses.

There have been adjustments to the TTP policy, specifically towards the University of Texas at Austin’s admissions processes, creating “very little wiggle room” as a result of being required to admit all of the top 10 percent of Texas students who want to attend the school, Lincove said. 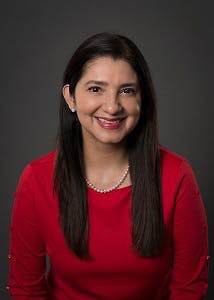 With the recent policy adjustments, the institution can’t “holistically admit students who are interesting but not in the top 10 percent” of their class, Lincove added.

Other variables to consider regarding student-college sorting behavior, especially for low-income students, is the location of the campus in relation to a student’s home. A student from a family of low-income who had guaranteed admissions status had increasingly higher chances of applying to and enrolling at a Texas college or university that’s easy to commute to, compared with a still large, but a bit smaller, effect for a high-income student.

The researchers also found that low-income and minority students who actually scored in the top quartile of the SATs versus high-income students who scored in the same category, approached the college process differently, submitting fewer applications, which surprised Cortes.

Those students, on average, ruled out the option of applying to the state flagship universities and as a result, applied to schools that undermatched their academic skills.

However, the report also found that students with low socioeconomic status who achieved low SAT scores were positively influenced by the proportion of students alike across all class ranks and across college applications and enrollment.

The authors noted that social matching, campus location and prior peer enrollment are also important predictors of student college preferences. If underrepresented students prefer campuses with similar students, active recruitment of students from the same group is necessary to achieve a diverse student body, and high-status universities can’t rely on their class rank and financial aid programs to diversify enrollment.

In addition, when a school’s location is crucial to students from low-income families, state university systems should consider investing in high academic quality of campus communities of historically underrepresented communities, the report said.