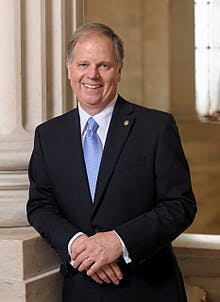 stakeholders around the nation requesting feedback that can advance policies for student borrowers of color and work to make higher education more equitable.

The key stakeholders who received the letter are among experts in education policy and front-runners in civil rights, women’s issue, business, academia, consumer protection and advocacy.

Students of color have a greater chance of having to “borrow, borrow in greater amounts, and are less likely to be able to pay down their debt than their White peers – even if they graduate,” the senators wrote in the letter.

“African-American and Latino students still owe more than 100 percent of their loan balance after 12 years of college entry, even if they complete a degree. White students, meanwhile, owe anywhere between 47 to 70 percent of their loan balance depending on the credential they obtained. Even among bachelor’s degree graduates, the African-American-White debt gap more than triples after graduation, due to differences in interest accrual, graduate school borrowing, and ongoing deeper issues related to labor market discrimination, racialized economic hardships, and familial wealth,” the senators wrote. “These outcomes are staggering and unacceptable. As members of Congress, we are committed to doing better for these students and ask for your assistance in defining specific proposals the federal government can take to address these disparities.”

Jones will host a historically black college and university (HBCU) Summit on Feb. 1 in Birmingham, Alabama to further discuss this issue and others that affect HBCUs.