Walter Hudson
Feb 4, 2019
In studying climate issues on college campuses, Dr. Nolan L. Cabrera has made it a point to capture the narrative of White males.

“What is the role of higher education in relationship to systemic racism?” asks Cabrera, who is an associate professor in the Center for the Study of Higher Education at the University of Arizona in Tucson. “And, in particular, how does Whiteness play into this?”

“If there is a racial controversy on campus, it always means that something happened to minoritized students on campus,” he says, “and if you don’t look at the other side of that coin, which is Whiteness, you have an e­ffect with no cause.” 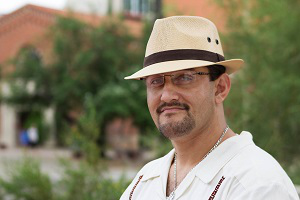 From his days as an undergraduate at Stanford University when he worked at Center for a New Generation — a Boys and Girls Club in East Palo Alto — Cabrera was certain that he had found his calling in higher education.

Working with minority and low-income students, Cabrera says he was amazed by youngsters who were constantly working to improve themselves, with parental support, despite the incredible odds stacked against them.

After being hired as an assistant director upon graduation from Stanford, and later director, Cabrera decided that he needed to continue his education, opting to enroll in a doctoral program at UCLA where his focus was in higher education and organizational change.

“I wanted to see if there were ways I could bend the ears of people in power and see if there are ways that scholarship can be used as an advocacy mechanism,” he says.

At UCLA, Cabrera was mentored by Drs. Sylvia Hurtado and Mitchell Chang and began taking an interdisciplinary look at racial issues on campus by interrogating the work of scholars in sociology, theological and even cultural and literary studies.

After earning his Ph.D. in 2009, Cabrera began a post-doctoral fellowship at the University of Arizona and then transitioned into a tenure-track teaching position, ultimately earning tenure in 2016.

When Cabrera began focusing on campus climate issues and started interviewing White males on campus, it became increasingly clear to him that race relations were much worse than what he initially thought.

“And when you start talking to the White men, it is even more pervasive because a lot of racist thought and action occurs behind closed doors,” says Cabrera. “It occurs in those White enclaves that serve as both a place for White bonding and male bonding.”

Cabrera’s qualitative research unearthed how White males have often felt repressed and censored on college campuses when it comes to issues of race. When pushed to provide tangible examples, he says that most of the males were unable to do so.

Still, they wanted to talk about race, says Cabrera. For many, it was the first time that anyone had asked them about their experience of being a White male.

“When the tape recorder was turned o­ff, they kept talking,” says Cabrera who acknowledges that his being a “light-skinned” Latino undoubtedly made the young men feel more at ease. In fact, he recalls that one White male participant remarked that he would not have been as open and honest with his answers if the interviewer was Black.

The significance of Cabrera’s work comes at a time when racial issues in the age of President Trump have become the subject of public consumption.

“It’s more accepted to be overtly racist because the president on a regular basis is overtly racist,” says Cabrera. “It emboldens people to come out of the shadows.”

Cabrera is currently conducting research on the use of the “N” word among White male students.

At the University of Arizona, Cabrera mostly teaches graduate students, covering a range of topics including Whiteness in education, theories of inequality and a survey of some of the trending issues in higher education.

Cabrera says that he’s okay with being provocative, because he is following his passion.

“It doesn’t get more controversial than doing Whiteness work and Mexican-American studies in the state of Arizona,” he says with a laugh, adding that scholars should be committed to engaging in rigorous work that matters.