Neither of his parents had finished college, so it seemed natural that upon graduating from his Northern California high school in 2008 that Turner jump into the real world. After a stint in the Navy, he became a cell phone salesman. Eventually, he eased back into formal studies by taking an occasional community college class, figuring it would help reveal a career direction.

Now, Turner is in his first year at the University of California, Davis law school, with hopes of a career in water law — the ownership, control and use of water under natural resources law.

What happened that propelled him from academic meandering into law school?

Turner is among an initial crop of law students whose participation in a groundbreaking initiative at California’s two-year colleges led them through bachelor’s degree-granting institutions and into law studies. Turner, whose bachelor’s is in political science, is the first participant of “Community Colleges Pathway to Law School” to enroll at UC Davis law school.

Launched in 2014, the initiative aims to diversify the legal profession by targeting members of historically underrepresented populations, which make up sizeable segments of community college enrollment. Back at Solano Community College, Turner qualified for “Pathway” as a first-generation college-goer and former member of the military.

“It’s really energizing to see Austin here and to know that all our outreach and preparations are starting to come together,” says Kristen Mercado, UC Davis’ assistant dean of admissions and financial aid. “We want to see more nontraditional students like Austin, too, in each entering class.” 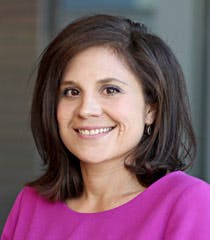 More than 700 two-year college students are current participants by taking courses at their home institutions such as English composition, U.S. government and argumentation and debate so that transfer credits to four-year universities are seamless. These and other recommended courses are considered the foundation for academic preparedness for law school, too. Community college “Pathway” participants can also attend panel discussions of lawyers to learn about different kinds of careers.

Pathway students can attend any four-year university to complete bachelor’s degrees, but there is often priority admission granted by the four-year institutions affiliated with Pathway law schools, says Leslie Cunningham, executive director of California LAW, a nonprofit that coordinates the Pathway initiative throughout the state, along with other educational endeavors intended to build a diverse pipeline into the legal profession.

Cunningham and others have also cultivated relationships with historically Black colleges and universities such as Howard, Hampton and Dillard to offer Pathway participants reduced tuition to complete bachelor’s degrees. Although Pathway students are not obligated to attend law school at all, Cunningham and others hope the opportunities available through Pathway help steer its participants into careers that at least intersect with law, government and criminal justice.

The exact number of Pathway participants who have entered law school is not known, Cunningham says, because community college students are never required to disclose their involvement in the initiative, and tracking methods among the two-year colleges aren’t uniform. Cunningham is aware of at least 10 undergraduates who are Pathway alumni now applying for law school admission.

However, she has noticed that two-year college students accessing the Pathway initiative don’t limit their academic options to simply law school.

In fact, Pathway participation surged after the November 2016 election of President Trump, she says. In September 2016, Pathway students numbered only 457 statewide – a figure that more than doubled by the end of 2017.

For UC Davis’ Turner, the road to law school began when one of his Solano professors convinced him that he could thrive in the Pathway initiative. After finding the Pathway offerings intellectually stimulating, he met with an academic counselor. Then he re-arranged his life priorities to study harder and improve his 2.0 grade point average all the way to 3.2 in order to improve his chances of not only transferring to UC Davis for his bachelor’s degree, but to better his odds of law school admission.

“For any student in Pathway, the best thing to do is to try as hard as possible from the get-go,” Turner says. “For me, a big inhibitor was my job. I was working full-time but I didn’t want to sell phones for the rest of my life, so I cut back my work hours.”

Turner also recommends finding a mentor or two within the Pathway offerings. For him, it was the professor who had introduced Pathway to him.

“Law school is hard,” he says. “But as a first-generation college student, my parents can’t guide me through what they don’t know themselves. Find teachers you’re comfortable with and go to their office hours. Get to know them. You’ll be glad you did.”