The two-year-old City University of New York (CUNY) School of Medicine is the rare medical school with a student body that approaches the demographic diversity of the communities it seeks to serve.

Fi­fty-three percent of the student population of CUNY School of Medicine are members of underrepresented minorities. African-American students comprise 35 percent and Hispanic students are 18 percent of the student body. The national average for medical schools is 59 percent White. The school is on a mission to increase quality healthcare for underserved communities, says university officials. 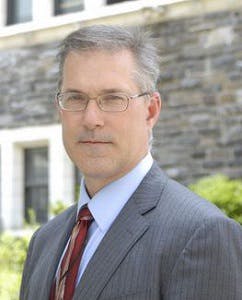 The School of Medicine is based on the CCNY campus in Harlem and is part of a seven-year program that includes a bachelor’s degree (completed in three years) and then the four years of medical school.

“I really feel like my school can serve as a beacon of light throughout the city for young people of all different backgrounds,” says third-year medical student John Thomas. “It shows other institutions that the schools with greater numbers of people of color, women, can overachieve and that it’s time to give more of those students a shot.”

“I think the school has made it a priority to create space to talk about uncomfortable topics, such as race, gender, sexual orientation and systemic injustice,” says Thomas. “We are taught to identify barriers to care and think critically about solutions to health disparities. We even have classes dedicated to learning empathy and maintaining the dignity of our patients.”

Before the CUNY School of Medicine was established in 2016, CUNY offered the Sophie Davis School of Biomedical Education, founded in 1973, a five-year program that offered a bachelor’s degree (done in three years) and the first two years of traditional medical school education. For the clinical portion of their training, the students then transferred to one of six cooperating medical schools.

Students, such as Thomas, already in the program were allowed automatic entry into the CUNY School of Medicine. The two partner hospitals where the med students do their rotations are St. Barnabas in the Bronx and Staten Island University Hospital, as well as several clinical practices in the New York area.

“What’s impressed me most is that students aren’t in the program just because they want to be doctors,” says Boudreau. “They’re motivated to be a doctor to fix a problem that they lived through or they’ve seen a family member or neighbor live through.”

“They’ve seen many of their relatives be frustrated by the way they were treated by the medical community, so they’ve come here to find a better way to deliver healthcare to people that look like their families in neighborhoods like the neighborhoods they grew up in,” he adds.

Thomas was introduced to the Sophie Davis School of Biomedical Education when he was in the eighth grade. Although he wasn’t set on medicine at that point, he kept it in mind because he knew whatever career path he chose, his goal was to improve his community. When he decided on medicine in his junior year of high school, he knew it was a great fit.

“I hope to become an emergency medicine physician here in New York City,” he says. “I also have an interest in finding interventions that mobilize stakeholders in communities to help improve health outcomes.”

More than 80 percent of the medical students are either immigrants or the children of immigrants. As a policy, CUNY campuses do not discriminate based on immigration status. Boudreau does say the reality is that, while someone could complete the program successfully, it would likely be problematic for someone who is undocumented to practice medicine. 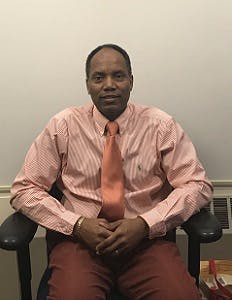 At present, 63 percent of the students at CUNY School of Medicine are women. Associate director of admissions Jerrold Erves says this isn’t surprising. He works with CCNY’s pipeline programs in New York City public high schools and also goes out to speak to high school students about the health-care educational opportunities available within the CUNY system.

“Some of the high schools have academic enrichment programs that mirror what pipeline programs do, and some of them cater toward healthcare,” says Erves. “Many of these enrichment programs encourage young women to go into the sciences, such as STEM (science, technology, engineering and mathematics) professions. As a consequence, there’s been this strong network of young women who are interested in the health science professions.”

CCNY introduced a health professions mentorship program in 2015. Participants are admitted as high school sophomores and remain with the program for almost two years. Given the time commitment and travel to the CCNY campus, the majority of the participants come from New York City.

It is not specifically structured to feed students into the medical school, but rather helps them to prepare for a variety of healthcare careers. They’re given exposure to clinical settings, such as St. Barnabas. Erves says some participants have been matched with mentors, whom he expects will be long-term mentors.

The high school seniors applying to the seven-year program of undergraduate and medical school are very clear that they want to become physicians. Erves says their life experiences — such as pipeline programs and volunteer experience — identify their passion for medicine. The school uses a holistic admissions process where they consider all aspects of the applicants’ lives. Personal essays are very important, as is the interview process.

“Across the board, our students are very strong academically,” says Erves. “Our students are also very talented artistically, musically and athletically. We are looking for very well-rounded students. Our students are ones who have established leadership positions at their high schools and they’ve done things consistently — not only as part of high school, but also in their communities.”

Before the official interview process begins, the medical school applicants are invited to speak with current students to ask questions. Each applicant then has three interviews — the first with a current student, then interviews with faculty and administrative staff. Almost all applicants, many of whom are first-generation college students, ask about the support structure for students.

Erves says on average there are over 1,000 applicants per year. The pool is narrowed down, and 326 of those applicants were interviewed in 2018. The school enrolled 76 students.

“Historically and even now the mission of our school has been to train students that come from communities and backgrounds that have been underserved and underrepresented in the medical field,” says Annabel Santana, assistant dean for diversity and educational affairs.

“It’s not only racial and ethnic minorities,” she continues. “We take into account students that come from economically disadvantaged backgrounds for whom pursuing a medical degree or our physician’s assistant program might have been something they thought they couldn’t pursue.”

Erves says when students are applying they ask about “the United Nations-like diversity that we have in the program and how we define that.”

Santana says faculty, administration and staff work very hard to make sure students have opportunities to engage with each other outside of the classroom and laboratory from the time they enter the seven-year program. This is essential for them to learn about each other’s backgrounds and cultures. Faculty and staff participate in training on unconscious bias.

“The students have opportunities for multi-cultural events that are held in the evenings that are outside the curriculum,” Santana says. “We place the students in community health centers that are based in some lower socioeconomic status communities so that they have an opportunity to interact with patients that come from similar backgrounds as themselves and different backgrounds.”

Santana says the medical school student body isn’t immune to issues taking place in the world at large, but there is a common thread among the students to break down barriers. The curriculum offers courses that discuss the intersections of race, gender, sexual orientation, healthcare and systemic injustice. Cultural competence and cultural sensitivity are priorities. At times, external facilitators conduct workshops for students, faculty and staff.

“There is no perfect environment, but we certainly strive to make sure that we do our best to educate ourselves and educate our students that there are differences and these differences need to be appreciated, valued and respected,” says Santana. “They’re going into a broader community where they’re going to be treating patients of very diverse backgrounds. We want to make sure that they are as culturally competent as possible.”

There is a wellness and counseling program for those students struggling with stress and personal issues. The goal is to maintain an overall positive environment where students feel comfortable in voicing their problems. Students meet with advisers in small groups so advisers get to know them well, are able to identify student needs and direct them to on-campus resources.

“A lot of the students in the upper years have opportunities to mentor their junior peers,” Santana says. “Whether it’s through clubs, student organizations or informal networks, the students really do support each other.”

Research has shown the importance of having physicians and clinicians that are able to relate to patients and the patients relate to them. Events are held that address diversity issues. One recent evening, alumni came in to talk about the needs of the LGBTQ community. The Student National Medical Association, a student-run organization focused on the needs and concerns of African-American medical students in the U.S., holds an annual event on campus.

“One of the things our students are going to show is that there’s a level of comprehension, empathy and cultural competence which has nothing to do with how much medicine costs or medical care costs,” says Boudreau. “It has to do with how you train doctors and what kind of relationship doctors establish with their patients. That can be a huge profound contribution of this medical school.”

This article will appear in the February 21, 2019 edition of Diverse.