Johanna Lopez Velador knew she wanted to become a college professor after a life-changing course at El Paso Community College exposed her to the field of Chicana/o Studies.

“When I took that class, even though I was born and raised in El Paso, TX, that was the first introduction that I had ever gotten to a literature that reflected Mexican-American history,” said Johanna, a history Ph.D. student now at the University of Iowa. “I didn’t know that it was something that I was lacking in my life … and I wanted to do that for other people.” 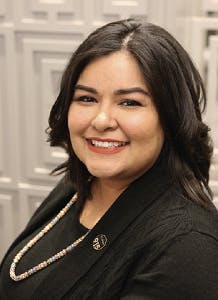 Johanna’s enrollment in additional Chicano courses led her to transfer to the University of Texas at El Paso (UTEP) where she soon took on a double major in Chicana/o Studies and history. But as a first generation college student and older student who started college 10 years after graduating from high school, she still had questions about the process for furthering her education through graduate studies.

A conversation with UTEP’s director or graduate studies covered the basics – preparation for the GRE and an overview of selecting schools, but it was still “very vague,” Johanna said. “I still left not knowing what I was going to do.”

“I read their description and I was like, ‘Oh my God! This is exactly what I’ve been looking for,’” she said laughing. “So I applied and I got in.”

The goal of the HSI Pathways program is to increase the number of Latino faculty in the humanities. Funded by a five-year, $5.1 million grant from the Andrew W. Mellon Foundation, the program is on track to prepare 90 students from Florida International University, the University of Texas El Paso and California State University, Northridge – all Hispanic serving institutions (HSIs) – for careers in academia.

Once fellows are selected, program officials visit each fellow at their campus to get to know them, hear about their stories and learn their motivations for pursuing the professoriate.

“I would love for people to replicate the program all over the country,” said Dr. Marybeth Gasman, the Judy & Howard Berkowitz Professor of Education and CMSI’s director at the University of Pennsylvania.

Gasman noted that people will often say that it is a struggle to diversify the professoriate, but “it’s not a struggle, it’s a choice,” she said, adding that HSI Pathways program officials intentionally said, “‘Let’s create a pathway. Let’s create a pipeline.’”

“Once I got in, once I was in that community and having conversations with Dr. Luszczynska … that’s when that passion really started getting fueled to go to grad school and to really try and hunker down and do all of these Ph.D. applications,” Cisco said.

The program, he added, “helps a lot on general, practical stuff that you either don’t realize you would need or you don’t realize how important they might be.”

Simulating the academic experience, each HSI Pathways cohort participates in intensive summer research programs, cross-institutional conferences, and they have the opportunity to submit their original research for publication in Pathways: A Journal of Humanistic and Social Inquiry. Fellows who submit research go through a revision process prior to submission, receiving constructive feedback from program faculty members; however, they are not guaranteed to be published, Gasman said.

Through the six-week summer “bootcamp” and research programs, guest speakers, fellows’ faculty mentors and more ensure that students have the “deep skills” they need to succeed in graduate school and in academia, Gasman added. Students learn theories and methods, how to write a statement of purpose, how to take on original research projects and how to present at conferences.

Moreover, they learn about addressing their mental health, how to navigate the politics of a campus, how to negotiate a Ph.D. offer and how to select potential faculty advisors in graduate school, among other skills. Fellows also receive a stipend in undergrad and a support fund while pursuing their Ph.D. to cover expenses for a laptop, conference travel, books or even their apartment.

“It was so intense,” Johanna said of her experience. “We had a full day of programming that was from 8 to 4. It was honestly the hardest thing that I’ve ever done in my life. That really prepared me for what I’m doing now in grad school because that was a lot harder than anything that I’m doing here.”

“I think I definitely would have not done as well as I did on the GRE without that [prep],” Cisco added. “That summer bootcamp was also really awesome just in terms of having a whole summer to hold yourself up, learn a whole bunch of new stuff and try to think about what direction you really want to go in, in an environment where you’re committed to being in that headspace instead of working and juggling and trying to think about a lot of different stuff at the same time.” 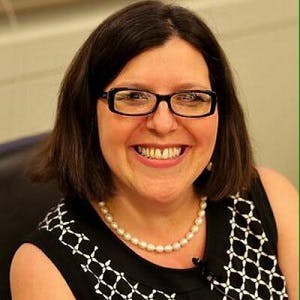 Having that community of support is also beneficial to fellows as they have peers and faculty mentors who can share their experiences in higher education. Johanna recalls that when she first met her mentor, it was an “instant connection” because of their similar research interests.

“I would tell her, ‘I’m struggling … I don’t know what to do because this is hard … What am I even doing?’ and she was just always very encouraging – ‘You know you can do this!’ – and any time I needed to meet with her, she would meet with me,” Johanna said. “And even now, I still keep in touch with her, so that was awesome.”

Cisco recently attended and served as a panelist at the second annual cross-institutional conference that HSI Pathways hosts, where all the participating schools’ fellows present their work.

“There were a lot of other FIU cohort-one students who went, and it was good to see everybody again and to meet all the new faces from cohort two,” he said, adding that HSI Pathways has “definitely made both new friendships and also helped to bring friendships that were already standing closer together as well.”

The program has also boosted his preparation and profile as a budding academic conducting research at the intersections of Philosophy, literary theory, fiction, cultural and ethnic studies and Latinx studies. He presented at this year’s Cuban Research Institute conference about Miami and “how you can have a huge community where Venezuelanos, Colombianos, Puerto Ricans, Cubans, African Americans can all come together and form a culture that you can’t get anywhere else,” Cisco said.

And Johanna’s summer research culminated in an article – “Voices of Duranguito: A Barrio Under Siege” – that was recently published in the first issue of Pathways: A Journal of Humanistic and Social Inquiry, a peer-reviewed, closed-submission journal for HSI Pathways fellows to showcase their work. Her research used oral histories to capture the experience of two elderly women in El Paso who refused to leave their homes that were threatened by gentrification.

“That research was an experience for me because it was the first time that I did research of any kind,” Johanna shared. “I’m proud of it. I’m really proud of it, but at the same time, it makes me scared. What are people going to say?”

Still, “to have the language to be able to navigate for yourself in this space is definitely something that the [HSI Pathways] program gave me that I wouldn’t have had,” Johanna said.

Paola “Lola” Esmieu, CMSI’s associate director of programs, said the center is in the process of welcoming the program’s third cohort. She added that the best part of HSI Pathways has been working with the fellows and seeing them transcend what people traditionally know about who can become a professor. 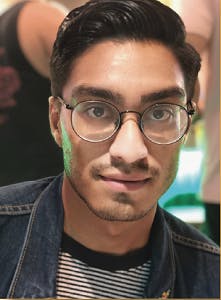 “It’s phenomenal! They are the future of the professoriate,” Esmieu said, adding that the HSI Pathways program takes a nuanced approach to show that “there is no cookie-cutter way to get into the professoriate.”

Gasman said that, given how tough it can be to navigate academia, she is amazed by how kind, compassionate and giving the fellows are in addition to their intellect. Even further, she points out the fellows’ and their faculty mentor’s deep commitment to not only conducting research related to the Latino experience, but also their commitment to diversifying the professoriate.

National Center for Education Statistics data indicates that Hispanic professors make up only four percent of the professoriate in America’s higher education institutions. However, U.S. Census data from 2017 reveals that Hispanic students now make up 22.7 percent of all people enrolled in school.

The center will also a produce a book based on a longitudinal study of the HSI Pathways fellows. It will examine their challenge areas, their motivations for entering the professoriate, their experience with the graduate application process and their transition into a Ph.D. program in order to inform programs on how to better support underrepresented students, Esmieu said.

“It’s an enormous amount of work, but it’s good work,” said Gasman about the ongoing and collaborative effort to increase faculty diversity and call attention to HSIs and other minority serving institutions as talent pools for the future professoriate.

“Being a Mexican-American and being a professor in the states … can express something to students of color that can help them feel like not only do they belong in higher education, but also that their experiences can inform their interests,” Cisco said. He is grateful for the opportunity to participate in the HSI Pathways to the Professoriate program.

“I’m just like super thankful for everybody who’s given me support – Dr. Luszczynska, Lola, everybody in the Pathways program,” he said, “both faculty mentors as well as students, but then of course, my new institution Emory and all of the wonderful people who have welcomed me into this new space and really made me feel at home.”