Tennessee’s work to increase its residents’ postsecondary attainment levels through initiatives such as the “Drive to 55” campaign, Tennessee Promise and Tennessee Reconnect has positioned the state as a national model, but leaders must not get complacent with the progress made thus far. 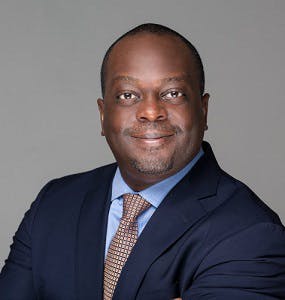 That was the sentiment of a new Complete Tennessee report released Tuesday titled “No Time to Wait: The State of Higher Education in Tennessee.” The report reveals that although more than 40 percent of Tennesseans now hold a postsecondary credential, state leaders, educators and community and industry partners can do more to address and close equity gaps in enrollment, retention and graduation outcomes for minority, low-income, rural, undocumented, incarcerated and other underserved groups.

“What was great [about the report] was the understanding that we are now comfortable with saying the word equity. And that is really new, I think, for Tennessee. We’ve always talked about access,” said Dr. Shanna L. Jackson, president of Nashville State Community College and a panelist at the report’s unveiling event. “This work is helping us to look at who’s actually benefiting from those programs and who’s actually completing those programs. It’s causing institutions to think differently.”

Complete Tennessee notes that data, research and researchers’ and practitioners’ expertise should be the basis for the state’s education equity agenda.

“No Time to Wait” offers several key data points for leaders to begin laying the groundwork for strategies to better identify and support subpopulations of students:

-Community college graduation rates have increased from 13 percent to 22 percent since 2013. However, fewer than one out of every four community college students graduate within three years;

-Only one in ten Black students will complete a community college degree, and only a third of Black students graduate within six years of enrollment at Tennessee’s locally-governed four-year institutions;

-Despite Tennessee’s commitment to increasing college affordability, nearly 30 percent of the state’s low-income students enroll at a college or university, which is four percentage points lower than the national average;

-Retention in the University of Tennessee system has increased from 76 percent to 78 percent between 2014 and 2017. Community college retention rates dipped between 2015 and 2016, but increased to over 54 percent in 2017;

-Disparities in postsecondary attainment still persist for Black and Latino students, who hold postsecondary credentials at lower rates than Asian and White Tennesseans.

Part of the effort to ensure that all Tennesseans have the education and experiences needed to thrive in the workforce will revolve around a need for investment in institutions – particularly in rural and other areas affected by the effects of poverty.

Dr. Jared Bigham, a panelist and executive director of Chattanooga 2.0, an organization committed to increasing postsecondary degree or credential attainment, said this investment is important because geographical location can influence the availability or access to opportunities such as Advanced Placement (AP) or dual-enrollment courses.

Increasing students’ sense of belonging, extending financial support to undocumented students, supporting and implementing programs such as Nashville Getting Results by Advancing Degrees (GRAD) and increasing faculty diversity to reflect the changing demographic of learners are several other opportunities for the state to work towards closing equity gaps, Complete Tennessee leaders said.

Dr. Kenyatta Lovett, executive director of Complete Tennessee, said elevating student and citizen voices can help leaders come up with solutions to the barriers that affect their success. Some of the feedback he has received from students reveals many first-generation students’ experiences with impostor syndrome, some low-income students’ challenge with financial aid verification or potential returning students’ concerns about where to start their process to enter college.

On another front, the early stages of Nashville GRAD would mirror the City University of New York’s Accelerated Study in Associate Programs (ASAP) model, providing intensive advising support and helping nearly 400 students cover their non-tuition fees such as books, transportation or supplies.

At Nashville State, for instance, Nashville GRAD operates as a system of support for students regardless of their background or how prepared they come to the institution, Jackson said. And even further, the institution has demonstrated a commitment to access and support for incarcerated learners, most recently graduating 23 new alumni from the Turney Industrial Complex.

“We know that education changes lives,” Jackson said. “Finding the resources when [incarcerated individuals] don’t have access to Promise and Reconnect is very challenging, so that is something that we need to wrap our arms around those students as well and give them the supports that they need.”

Industry partners, community organizations and college career counselors can also do their part to engage students about their education and career aspirations starting before students even enter a postsecondary program, the report said.

“Tell students they’re not only getting a degree,” but give them real-time workforce data and experiences to make informed choices about their career plans and potential earnings, said Dr. Douglas Scarboro, senior vice president and regional executive of the Memphis Branch of the Federal Reserve Bank of St. Louis.

Jose Lazo, senior political science major at Tennessee State University, offered closing remarks at Complete Tennessee’s report unveiling, highlighting education as not only the future, but also as the present.

Education, Lazo said, “is a transformative power like none other that can within one generation, transform society itself.”