WASHINGTON – Institutional accountability and effective federal-state partnerships are keys to improving higher education access and equity, particularly when it comes to students experiencing chronic disparities in terms of race, ethnicity and socioeconomic status, experts said recently at an event hosted by the Center for American Progress. 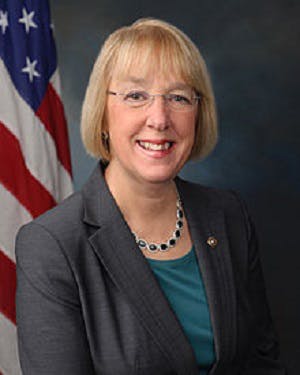 “We need to write a law that strengthens federal investments in our students and incentivize states to fund it,” said the former schoolteacher.

Noting that many of the four million borrowers across the nation are struggling to manage their shared of a whopping $1.5 trillion in student loan debt, Murray said the federal government and states should address the steadily rising costs of tuition and other college expenses by partnering to increase need-based aid.

“The cost of living is the cost of college,” she said, a nod to the fact that housing, food, books and other non-tuition expenses often add up to more than tuition.

With Pell grants covering only about one-fourth of average school costs compared to about half a generation ago and state educational subsidies markedly decreased, she pointed out, more students are relying on loans. That has worked most notably against Black students, who are most likely to borrow, borrow higher amounts and default at higher rates, she noted.

Murray also recommended simplifying the FAFSA, which some lawmakers are working on, and making student loan services “work for borrowers, not against them.”

The approximately $130 billion annually spent by the federal government on student aid represents an investment in students and the U.S. economy, Murray said, and colleges and universities should do more to ensure that students graduate and gain employment that will enable them to repay student loans and thrive.

Schools that prey on students , she added, calling for a rejection of rules and policies that would allow such schools “to run rampant” and continue to victimize students, usually those from historically underrepresented groups.

In fact, access for such groups must be increased along with equity measures, said Murray. The federal government should enhance methods of assisting the plethora of such groups and also provide more financial assistance to tribal colleges. minority serving institutions (MSIs) and historically Black colleges and universities (HBCUs), which generally have been funded inequitably.

In terms of campus safety and protecting the civil rights of students, “no student should have to face harassment or discrimination or assault,” said Murray, an “epidemic of sexual assault” on campuses should be addressed in the renewed legislation.

Whether from hazing or a suicide caused by bullying, “a single death is unacceptable,” said Murray.

“It’s so important we do this right,” she said. “We need to bring in the voices of students. We have to negotiate a comprehensive reauthorization that fully address the complex issues students face today.”

In a panel discussion after Murray’s remarks, speakers echoed the need for accountability and federal-state collaborations to promote access and equity.

HEA has improved access, “but the conversation is now shifting to completion and access to quality education,“ said Emmanual Gillery, director of public policy and government affairs for the United Negro College Fund.

Amy Laitinen, director of higher education for New America, said schools must be more accountable, but they also need to have the support they need to help students succeed.

“What schools do and don’t do should matter,” and federal policy should address that, she said.

Schools, particularly underfunded ones that serve underrepresented groups, would benefit from federal-state cooperation aimed at access and equity.