Education leaders reacted positively to some of the principles outlined by the White House as Congress works toward reauthorization of the Higher Education Act, but questioned the possible direction of other aspects based on details yet to emerge.

Accountability and transparency were key themes observed in the five-page “Proposal to Reform the Higher Education Act” issued this week by the U.S. Department of Education. 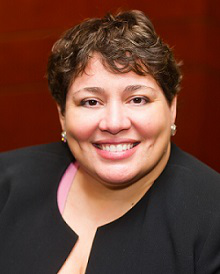 “I think it’s very good,” said Dr. Anthony P. Carnevale, director of the Center on Education and the Workforce at Georgetown University. “It reflects broad consensus among a lot of people from Elizabeth Warren to Orrin Hatch and what is becoming a bipartisan consensus on these issues. And that is that we need transparency and accountability in higher education, and we need it at the program level. That’s what really distinguishes this. They are calling for institutional-level accountability on things like graduation rates and costs. But what is powerful but subtle in this proposal, and a number of proposals on the Hill, is that transparency and accountability are shifting to the program level and below the institutional level.”

The department is urging Congress to make reforms in 10 specific areas, much of which mirrors conversations already underway among legislators, educators and other stakeholders:

1. Reorient the accreditation process by streamlining the 10 standards of accreditation to focus on educational quality and student learning.

2. Increase innovation in the education marketplace by creating a pilot program to increase access to market-driven workforce-development programs.

3. Better align education to the needs of today’s workforce by expanding Pell Grant eligibility to include programs that provide students with a certificate, license or other credential in a high-demand field and reforming the Federal Work Study program to support workforce and career-oriented jobs for low-income undergraduate students.

5. Increase program completion by requiring that, as part of any financial aid award letter, institutions identify policies regarding the acceptance of prior learning assessments and the availability of aid to cover those costs.

6. Support historically Black colleges and universities by making permanent the President’s Board of Advisors on Historically Black Colleges and Universities and the Interagency Working Group responsible for improving the capacity of HBCU’s “to continually improve the identity, visibility, distinctive capacity and overall competitiveness of HBCUs.”

7. Encourage responsible borrowing by instituting Parent and Grad PLUS loan limits, providing financial aid administrators with the information and authority to help students limit and manage their borrowing and requiring institutions to provide more regular and effective financial aid counseling.

10. Give prospective students more meaningful information about schools and programs by going beyond institution-level data to program-level earnings and outcome data. 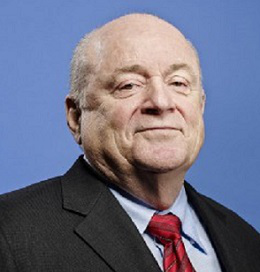 Carnevale noted that some of the reform principles already are being addressed, such as the College Scorecard institutional accountability tool instituted during the Obama administration.

The principles overall reflect “a bias in favor of expanding competition in higher education” and a traditional Republican market-based philosophy, said Carnevale, adding that he is “a bit uncomfortable” about student loan limits. He also said more details are needed about some aspects, such as how institutional accountability is defined and what will happen with gainful-employment guidelines.

“Transparency will be a lot easier than accountability,” said Carnevale. “Higher education is a system organized around institutions and inputs, not outcomes. This accountability thing, it’s because the American public wants it. This is coming from a populist core, and it’s going to happen.”

“I appreciate the commitment to HBCUs, but some commitment should be made to tribal colleges and HSI’s,” said Crazy Bull. Given cuts to higher education in the White House’s proposed federal budget, she added, “it’s hard to see the department’s efforts being intentionally good. I see them as more dismantling.”

Flores said the failure to recommend support for HSIs, tribal colleges and other MSIs makes it appear that the federal government “is picking winners and losers. I think they should say the same thing here for all MSIs.”

He praised simplifying the Free Application for Federal Student Aid and extending federal financial aid to inmates. But, like Carnevale, Flores questioned limiting loans and the possibility of over-emphasizing certificate programs in lieu of two-year-and four-year degrees that provide a more well-rounded education “that empowers students to be lifelong learners.”

Crazy Bull cautioned that changes not go too far in “treating education as though it only has economic benefits. Some of the things about workforce and innovative practice are about market rather than quality of who you are as a human being, a citizen and a participant in a democracy. Natives have always felt that education is about socialization and identity and self-worth, not just, ‘What kind of productivity can we get out of you?’”

Dr. Deborah A. Santiago, chief operating officer and co-founder of Excelencia in Education, called many of the principles “constructive” but said education cost seemed to be addressed more than quality.

“The simplicity of one [loan] repayment plan has appeal, but a little more work is needed to ensure that the bulk of those who borrow are provided an option that is viable for them,” she said. “There is a reason there were five options. Has that been addressed?”

Andy MacCracken, executive director and co-founder of the National Campus Leadership Council, said the administration’s principles “fail to address the scale and urgency of issues affecting today’s students” and urged the administration and federal lawmakers to engage student voices in the HEA reauthorization process.

“While the principles include some worthwhile proposals, we are deeply concerned that the proposal neglects major student priorities like campus safety, housing, and food insecurity, and campus climate,” said MacCracken.