Any Person, Any Study, but at What Cost?

In an editorial titled “An Ode to the Rich and Legacies,” a current undergraduate at my alma mater connects the aftermath of the recent college admissions scandal to the idea that despite preferential treatment wealthy students receive, they are underappreciated by their lower-income peers. He suggests that low-income students, like myself, should reconsider what the university and their higher-income peers offer them before “jumping into class warfare.”

Specifically, he states, “Many see giving preferential treatment to high-income students as undermining the meritocracy or demeaning to those who earned their place at Cornell … These criticisms come from a good place and are in many ways valid. However, I believe few take into account the many ways these students aid lower-income students and make our institution better.” After, he offers examples of how the rich have made Cornell better for everyone else, while never acknowledging how financial aid works or the experiences of lower-income students. 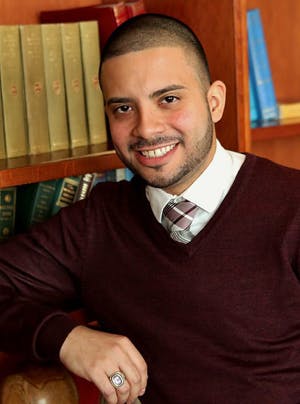 This idea that in “many ways” higher-income students pay for the education of lower-income students is what creates this “class warfare.” While it is true that 1 in 10 students at Cornell come from the top one percent, and that about 49 percent of the incoming class qualified for need-based financial aid, these higher-income students are not choosing to pay for the education of less fortunate students. Students who qualify for need-based aid receive federal grant aid, state grant aid (for in-state residents), and scholarships and grants from alumni who choose to donate to these initiatives or funds that have been designated to support student financial aid. While it is likely that some of this funding is indirectly coming from wealthy students and their families, to suggest that lower-income students should be grateful or more appreciative because of this is part of the reason this “class warfare” exists.

Lower-income students don’t choose to be poor, nor are we unappreciative that there are programs that exists to help us afford a college education. However, because of what we have to experience to earn our education, we feel that it is our responsibility to challenge the dominant ideologies like meritocracy and colorblindness which suggests that colleges and universities are neutral systems that function the same way for all students, regardless of their race and socioeconomic status.

Furthermore, his argument is solely based on what rich students pay to attend Cornell University. The fact that their tuition dollars may pay for the buildings, amenities and education that lower-income students can “benefit” from does not excuse the subtle and overt ways in which higher-income students demean less fortunate students.

Anecdotally, the sense of entitlement that I encountered with my higher-income peers was rampant. There was that time I wore a volunteer shirt for move-in day, where a student gave me a dollar for helping her move in and her mother in terrible Spanish said, “Grahh-cia” (all volunteers were students, involved in Greek life and not allowed to accept tips.) Or the time I was cleaning up a mess I made in the microwave of my dorm and someone who lived on the same floor asked if I can vacuum a spill that occurred down the hall. In the classroom, I remember taking a social inequality class where students had strong opinions on affirmative action claiming that it was not “their fault” poor students have “less education.”

Walsh also ignores the other costs associated with college connected with networking opportunities and social activities. Networking events with alumni is a promising opportunity for students to make potential employment connections or cultivate meaningful mentoring relationships. But what happens when you are the most under-dressed, or have no experience or knowledge on how to approach these types of events?

A popular motto among Cornellians is the saying, “Any person … any study.” It relates to the institution’s mission and commitment to offer a diverse curriculum to people from all walks of life — even those of low-income households. In 2014, Cornell commissioned a study titled “The Climate for Diversity at Cornell University: Student Experiences.” The findings were unsurprising to the student body at the time. Revisiting this report, I find the issues within socioeconomic divides relevant to what Walsh’s editorial is ignoring.

One of the cringing arguments Walsh makes in his editorial is that lower-income students benefit from the wealth of their higher-income peers because of the amenities they get to enjoy, while higher-income students benefit by learning from a diverse array of perspectives. This is code for the poor, ethnic kids have to teach their higher-income (and likely White) peers what oppression is, how it works and why they are part of the problem. However, this is often a failed attempt, as fragility takes over and claims of reverse racism/classism are argued. In the climate report, a student states, “…I think it’s hard to say that any person, any study is what this school really revolves around because in terms of demographics, there is very much a dominant identity and with that, there’s a dominant socioeconomic identity and dominant ideologies. Often times students of an underrepresented group, whether it be race or ethnicity, socio-economic background, sexual orientation, often have to take on this burden to educate the other.”

While acknowledging how the college admissions scandal (and preferential treatment overall) is undermining to the meritocracy to those who earned their place he fails to consider how often lower-income students are undermined by their peers who believe they were only admitted because of affirmative action. The stigma of being a lower-income student is magnified when you are also first-generation college student and a racial minority. As a Cornell alumnus, and former assistant dean, who aspires to one-day become a trustee, my appreciation to this institution is endless. However, if I am truly committed to humbly uplift the institution, I must recognize its flaws and be involved in its improvement. That involves calling out ridiculous claims like lower-income students owe more gratitude to their higher-income peers. I applaud brave students who take every opportunity to challenge these ideas on a daily basis on campus.