A staggering amount of first year college students enter into institutions of higher education underprepared. Research suggests 40 percent annually, and this figure is disproportionately comprised of racial minorities and low-income students. To prepare students for the academic demands of college, institutions endeavor to bridge the “knowledge” gap with developmental or remedial coursework. Recent decades have brought increased restrictions on remediation at public institutions. Some state policies prohibit developmental coursework at four-year colleges and universities. Connecticut eliminated remediation at its public postsecondary institutions and California is following suit with its community colleges and state universities. Other states take a different tack and regulate the amount of students who can participate in developmental coursework or the amount of remedial credits students can take when enrolled at a particular school. When states limit remediation in higher education, either with funding cuts or in prohibiting developmental curricula, they penalize marginalized students for having received an inadequate education in K-12 – an education that the state is responsible for providing. In doing so, they further restrict the chances that marginalized students will successfully complete college and perpetuate the achievement gap of U.S. education.

I can understand states’ concerns about developmental education. Higher education institutions annually spend billions of dollars on it. About 80 percent of remediation occurs at non-selective public institutions, making states and taxpayers largely responsible for associated costs. Moreover, there are mixed findings around its efficacy: while some research studies suggests improvements, others show neutral or potential negative effects on student achievement. And states aren’t the only ones taking a financial hit: students enrolled in remedial coursework are more likely to drop out of college than their non-remedial peers, accruing costs for college without a degree to show for it. 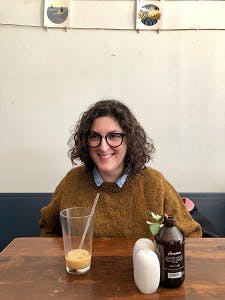 However, eliminating developmental education and placing regulations on how many students can access it does not change the large swath of first-year college-goers underprepared for college coursework. Restrictions on remediation do not solve the problem; they uphold a system of education that gives racially minoritized and low-income students a lower chance of academic success. Instead limiting remediation with an eye toward the bottom line, state policy makers should look closely at successes in remediation and use those as guideposts for regulation.

Minority-Serving Institutions (MSIs) are a key class of postsecondary institutions to consider here. The category of MSIs encompasses a variety of institutional types which serve Black, Native American, Hispanic, and Asian American and Pacific Islander populations, among others. MSIs include both two- and four-year colleges and offer bachelor’s and associate’s degrees as well as certificates and vocational programs. The vast majority of students that attend MSIs belong to underrepresented racial and ethnic groups and are low-income, and are often non-traditional (older, working, immigrants, attending school part-time, living with families/supporting children, speak English as a foreign language) – the same groups disproportionately underprepared for college. As such, MSIs have had to develop nuanced and multi-faceted strategies for remediation to facilitate the success of many of their students.

Curricular coordination is essential to ensure that developmental coursework does not hinder a student’s ability to complete their degree in a timely manner. Some programs have found that offering online courses allows students to learn at their own pace. Others offer accelerated developmental classes or summer programming, so students don’t have to deter their course of study. MSIs also collect data to promote adaptable and agile approaches to remediation. Having prompt feedback on the effect of a developmental program enables an institution to make curricular tweaks in response. Additionally, some MSIs have found that early and repeated placement testing empowers students to identify the gaps in their knowledge prior to entering college and reduces or eliminates the need for remedial coursework. Partnerships both on- and off-campus are indispensable to remediation efforts at MSIs. Many employ student tutors to supplement coursework and offer on-campuses resources, like child care, to encourage students to study on campus. Collaborations between colleges and neighboring high schools have also proven effective, both in making more rigorous coursework available to students prior to their postsecondary education and in aligning high school and college curricula. Perhaps most importantly, successful remediation at MSIs focuses on the needs of the student and shows that there is no one-size-fits-all approach.

Because MSIs operate on lower budgets than their peer institutions, they also offer valuable insight into providing cost-effective developmental education that states should consider as an alternative to the slash-and-burn approach that many employ today. In orienting remediation policies toward restrictions instead of solutions, states effectively throw out the baby with the bathwater – a baby that they need to meet the demands of a changing U.S. economy requiring a more educated workforce. Failure to change course not only continues the deep racial and income inequality that runs counter to the U.S.’s democratic ideals, it risks irreparable damage to our economy.

Sarah Sidoti is a graduate student in Higher Education at the University of Pennsylvania.