Monica Levitan
Mar 27, 2019
A new poll conducted by Quinnipiac University asked 1,590 American adults around the country how they feel about their financial future, the way economics is reported in the media and student loans.

The Quinnipiac University National Poll found that 75 percent of Americans are optimistic about their financial future and 19 percent are pessimistic.

Broken down even further: 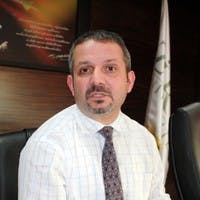 “This high level of optimism reflects the constant economic growth and decreasing levels of unemployment over the last decade. It also shows, however, the lack of savings, especially for retirement,” said Dr. Osman Kilic, chair of the Department of Finance at the School of Business at Quinnipiac University.

In regards to how economics is reported in the media, 60 percent of American adults believe that economic news does not accurately reflect the reality of the economy for the average American.