Online programs provided by for-profit institutions focus their marketing and recruitment strategies toward vulnerable students who are low-income, African-American, veterans, women and are over the age of 25.

That’s the findings from a new report by the Center for Responsible Learning (CRL), that assesses how these programs have affected minority groups and what attracted them to online learning.

Published by the Brookings Institution, the report primarily focuses on responses from 11 members of an online-only focus group — eight females and three males aging between 33 and 51 years old who enrolled in programs entirely online. Of the individuals in the group put together by a third-party company, seven identified as African-American, three White and one as “other.”

Researchers also provided some responses from 15 additional online-only participants and 18 participants who enrolled in a hybrid, or half online program. 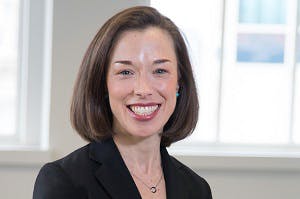 That number increases to 90 percent or higher when military student aid is included.

“As for-profit online institutions are largely financed by taxpayer dollars through Title IV and GI Bill student aid, the risks of poor outcomes extend beyond students to the taxpayers, who will foot the bill if regulation and oversight are not improved,” said Lisa Stifler, senior policy counsel on CRL’s state policy team and co-author of the report.

In general, participants believed that similar degrees at public schools required more of a commitment. Some noted that although they were hesitant about the for-profit nature of the institution, the convenience in applying for financial aid and the enrollment process “was difficult to resist” the report said.

“While online higher education certainly has a role to play in the higher education landscape, often the benefits promised by online for-profit institutions do not come to fruition, and in fact, students are left worse off than before,” Stifler said.

“And, too often the potential for abusive practices is downplayed by those who tout ‘innovation’ in higher education and the cost savings that can be achieved through huge platforms that deliver courses online across multiple state borders. These abusive practices, that disproportionately impact students of color, women, veterans and low-income students, should not be ignored,” she added.

Many of the participants reported not knowing about or taking advantage of income-based repayment options, resulting in some participants facing involuntary wage garnishment, tax offsets and damaged credit.

Several online-only participants also said they had serious doubts about the quality of their education, and questioned their instructors’ and classmates’ commitment to a course.

“Even though we had an instructor and they’d be there to quote ‘help’ us, it was more…. It was more about teaching yourself,” an online-only participant said, according to the report. “And even the materials they gave us — and I leave this feedback all the time at the end of the class: you need something more interactive … And just trying to learn everything by myself because I didn’t really have anybody there to teach me.”

There are three major governing bodies that have the ability to regulate colleges, including for-profit online institutions — the federal government, state governments and accrediting bodies.

Stifler said that neither the Department of Education nor the states are doing enough to ensure that “students are protected from these costly and often substandard online education programs.”

“The Department under the current Administration has continuously eased regulations of for-profit schools and delayed implementing rules on state authorization of distance education programs. … The Department has delayed rules meant to ensure that students don’t waste their time and money completing an online program that does not meet the certification requirements for the state where the student lives,” she said.

The best way to ensure that students are not left saddled with student loan debt and poor job outcomes, Stifler said, is to ensure that for-profit schools, “whether online or brick-and-mortar, are held accountable for illegal practices, poor educational quality, and consistently poor student outcomes.”

“Instead of trying to gut numerous rules aimed at protecting students and bringing accountability to for-profit schools and online education, the Education Department under Secretary DeVos should take the appropriate steps to ensure that all students, including low-income students and students of color, are provided an education that sets them up to succeed, not fail,” Stifler added.