A report from The Institute for College Access and Success (TICAS) finds that, of the nearly seven million borrowers who take out student loans, more than a million Direct Loan borrowers have entered default in just the last 12 months. 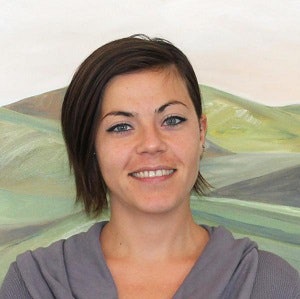 The report, “Casualties of College Debt: What Data Show and Experts Say About Who Defaults and Why,” notes that it is low-income students, Black students, first-generation students, students earning four-year degrees at for-profit colleges and those with less than $10,000 in loans that are most likely to default at higher rates than their peers. Citing default as “the most devastating possible student loan outcome,” the TICAS report calls for policymakers to increase the government’s investment in targeted, need-based aid programs such as the Pell Grant and restructure income-driven repayment plans, among other efforts.

“Many borrowers who default are navigating turbulent lives at the same time as they confront a complex student loan system with insufficient financial resources, imperfect information and inadequate assistance,” said Lindsay Ahlman, author of the report and TICAS senior policy analyst. “Borrowers who default are largely the same students who entered college with disproportionate barriers to success, and who were more likely to need to borrow to get to and through school. The fact that vulnerable students go on to face higher risk of default compounds the inequities in our system.”

Entering default may result in the government garnishing an individual’s wages or withholding their tax refunds or other federal benefit payments, the report said. The individual’s credit score may also be negatively affected, limiting their ability to make other financial investments.

“In addition, a range of other punitive consequences make returning to school or securing employment more difficult,” the report noted. “These include the loss of eligibility of future federal financial aid, the inability of defaulted borrowers to secure academic transcripts from their prior schools, and ineligibility for certain professional licenses in more than a dozen states. And beyond the tangible consequences of default, the experience can be psychological devastating.”

Importantly, giving borrowers timely and relevant information is crucial, according to TICAS.

“Student loan counseling plays an important role in ensuring students have the information they need to make borrowing decisions that both enable them to achieve their educational goals and avoid delinquency and default,” the report said. “Enhanced and more frequent counseling may reduce students’ uncertainty about both their debt burden and options for relief should financial hardship arise during repayment.”