Undocumented students at U.S. colleges and universities have faced growing uncertainty in recent years – even those who have somewhat more security through their participation in the imperiled Deferred Action for Childhood Arrivals program – and things just got more tense with the Trump administration’s recent decision to step up enforcement of deportation orders.

In June, President Trump announced that the federal Immigration and Customs Enforcement agency, also known as ICE, would increase efforts nationwide to deport individuals who lost their cases before immigration judges and have refused deportation orders.

A few days later, he said efforts that were set to begin June 23 would be delayed for two weeks to give Congress time to close loopholes in laws that have contributed to record numbers of migrants illegally crossing the southern border or presenting themselves for asylum.

Some of those on deportation lists are likely to be students, as the numbers also include migrants whose requests for asylum were deemed invalid or who had failed to show up for scheduled hearings.

The layered uncertainties have forced many colleges and universities to walk a fine line between supporting their students and not obstructing justice.

At the 13 colleges of the Colorado Community College System, which together serve 130,000 students at 40 locations in a state that is “at the forefront of making sure undocumented students have access to higher education and access to financial aid,” the balancing act means providing resources to concerned students who seek support and complying with legal requests that may be made by federal law enforcement agencies, said Fiona Lytle, the system’s chief communications officer and legislative liaison.

The system does not track numbers of undocumented students, but the colleges’ presidents and student affairs leaders work directly with students and participate in leadership meetings that keep them abreast of ways to be supportive, whether an issue on campus or referrals to services such as legal guidance off campus.

“We do what we need to do in terms of our protocol and processes we need to follow to stay compliant,” said Lytle. “We want to be seen as supportive of all students coming onto campus. We want to make students aware of what the institution is doing and feel safe on campus, and communicate that we are inclusive to anyone who is coming to us for education and training.”

Fears heightened when Trump declared that ramped-up deportation enforcement was imminent, and Trinity Washington University president Patricia McGuire responded with a letter to the university community announcing the news and encouraging students to reach out to the university if they felt the need. 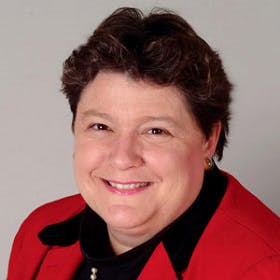 “This is a very important issue for our students,” said McGuire, noting that more than 100 of the Catholic school’s approximately 1,000 undergraduates in the College of Arts and Sciences are Dreamers.

“Sometimes the students just need to talk through, ‘What are my options?’” she said.

Like other institutions of higher learning, Trinity connects students to advocacy organizations and makes referrals to off-campus legal services that can help address their concerns, said McGuire.

As a response to Congress’ failure to act on immigration issues, President Obama created DACA by executive order as an interim remedy to help immigrants who were brought to the U.S. as children by undocumented parents. Trump sought to undo the order with an executive order, saying Obama had overreached into legislative domain, but a federal court ruled in favor of legal action filed to block Trump’s order.

Noting that the U.S. Supreme Court has indicated that it will entertain brief arguments regarding the fate of DACA when it returns for the fall term, McGuire said the development likely means “another year of anxiety and more political spin.”

“It’s really sad,” she said. “The DACA students here at Trinity are among our best students. Their academic performance is off the charts. They are such productive human beings, any country, any city would be delighted to have them as their citizens.”

DACA status does provide some students a level of protection against deportation, McGuire said, but there’s no guarantee.

“Everybody is working as a team, including our faculty and staff, to link students to resources,” she said. “Our primary goal is to help our dreamers feel that there is a community of help and support here. At some level, we don’t even know what we’re fighting against. But we want them to know their rights.”

The University of Texas at Austin affirms for all of its students that it “follows all current laws, including state of Texas law that has provided equal access to higher education for graduates of state public high schools, regardless of their immigration status,” communications strategist Shilpa Bakre said. “All students enrolled at the university have the same services available to them whether citizens or not.”

Such reassurances aside, a significant level of angst on campuses is not uncommon, and it varies in intensity depending upon location and the volume of immigrant students served, said Peter F. Lake, director of the Center for Excellence in Higher Education Law and Policy at the Stetson University College of Law. 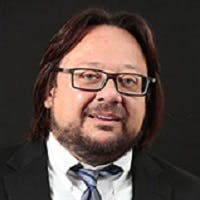 “Colleges are still sort of caught between their instincts to help their students and manage enrollment, and running afoul of federal policy where giving sanctuary is viewed as being oppositional to federal policy,” Lake observed. “It looks like schools are patching together a variety of advocacy and other resources and kind of walking a fine line between overtly aiding them and leading them to resources that might be helpful.”

It’s a natural instinct for schools to want to protect their students, he said, and administrators are having to be careful with overt and more aggressive actions that risk being viewed at the federal level as interfering with law enforcement.

Another issue, Lake pointed out, is that state and local politics “play a big role” in how immigration-related issues are addressed.

As a result, he said, there can be stark differences between how colleges in El Paso, Texas and Flagstaff, Arizona respond.

“Immigration, in many ways, is very local.”

That’s evident at San Diego State University, where many of the students, staff and faculty at the main and Imperial Valley campuses live, work and have family members on both sides of the nearby U.S-Mexico border.

The university hasn’t received notice of immigration-related concerns or pending action against any students, faculty or staff, but it has again made the university community aware that the school and its police department will support their safety and well-being regardless of immigration status, said interim director of media relations Cory Marshall. 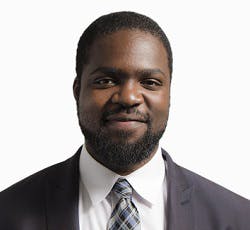 Given the university’s composition, proximity to the Mexico border, continual opening and closing of the border and increased deportations, anxiety across the university is high, Wood said.

And, despite efforts to make the campus a space where everyone feels safe, the anxiety is likely to heighten as national U.S. elections approach and rhetoric gets ratcheted up, he said.

A “constant state of fear” can be felt on campus, Wood said. “Dealing with that is part of our daily experience here.”

He suggested that colleges and universities have more ability to ease some of those concerns than they let on and that the public may not know, such as flexibility in not barring enrollment for the next semester to students who owe a minor balance.

That leniency could allow an undocumented student to remain active in school and possibly be a deterrent to deportation, said Ezeugo.

Some schools are using emergency grant aid and similar resources to help such students, he said.

“One thing colleges can and should do at this time is consider taking a look at their financial aid and enrollment policies,” he said. “As the turmoil continues, it’s totally worth it for colleges to take a step back and look at what is denying students enrollment when it could be a critical time for them. Don’t dust off your hands and say, ‘There’s nothing we can do about this.’”

Schools may have to navigate complicated legal considerations, he acknowledged, but the idea is to not cause “undue and unnecessary stress” with a rigid response that helps neither the student’s situation nor the school’s bottom line.

“It’s a question of a college’s grand mission to create ideal citizens and create human capital for the workforce,” said Ezeugo. “It’s a question of what colleges owe students. At least, we can have the conversations about how we can help these students from an institutional policy perspective.”