A federal judge has allowed a class-action lawsuit filed by the American Federation of Teachers against student loan servicer Navient to go forward. 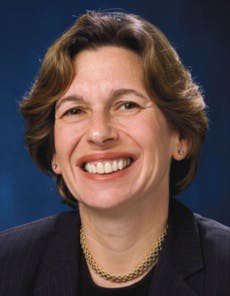 U.S. District Judge Denise Cote in New York issued the opinion in the suit, which AFT filed in autumn 2018.

“We are grateful for Judge Cote’s decision, which permits our case to go forward under New York consumer-protection law, and which makes clear that our claims are not pre-empted by federal law, as Betsy DeVos and others have tried to claim,” AFT president Randi Weingarten said in a statement, referencing the secretary of education.

“We will move forward with the guidance provided by Judge Cote and will secure justice for those teachers and others misled by Navient and unfairly trapped in crippling student loan debt,” Weingarten said.

Faith Gay, founding partner of the law firm Selendy & Gay, expressed appreciation for the ruling and added, “we are reviewing with care as we prepare for the next phases of this litigation.”

Navient faces multiple lawsuits, with allegations including deliberately placing roadblocks that prevent borrowers from successfully paying back their loans, misdirecting students away from applying for public service loan forgiveness, allowing law firms to target struggling borrowers with fake debt-resolution services and deceiving borrowers into thinking their loans were paid in full.