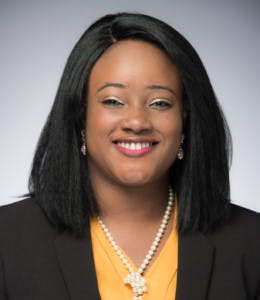 The report, titled, “Student Debt: An Overlooked Barrier to Increasing Teacher Diversity,” follows recent studies showing that schools struggle to recruit a diverse teacher workforce and that teachers of color, especially Black teachers, leave the profession at higher rates than their White peers.

“Even though the majority of students in America’s public schools are nonwhite and studies have shown that these students’ perform better in classrooms with teachers of the same race, still just 1 in 5 teachers in America identify as people of color,” said Bayliss Fiddiman, senior policy analyst for K-12 Education at CAP. “This report shows that not only are teachers entering a field that pays them less than similarly educated professionals, but the cost of entrance is a greater burden for teachers of color.”

The report notes, “Persistently low pay serves as a deterrent for anyone considering the teaching profession. However, that deterrent becomes more acute for people who have higher student loan debt.”

Additionally, according to the report, “Student loan debt is an often-overlooked barrier to diversifying the U.S teaching workforce. With targeted interventions that increase teacher pay and ease the burden of student loan debt, progress can be made in eliminating one barrier to attracting and retaining more Black and Latinx students into the teaching profession.”

This report builds on CAP’s “A Quality Education for Every Child” policy agenda and contains a number of policy recommendations for easing teacher debt burdens, including boosting teachers’ salaries, conducting more research on student repayment holistically, using district- or state-based loan forgiveness programs and scholarships as a recruitment tool for a diverse teacher workforce and expanding high-quality alternative certification programs that focus on increasing teacher diversity.

The report also recommends an increase in support for teacher preparation programs at minority-serving institutions and making funds available for additional out-of-pocket expenses such as licensure fees and classroom supplies.

“At the end of the day, America’s changing and we see that most of the public school students identify as non-White, and it is important that they see themselves reflected in the people who educate them,” said Fiddiman. “And unfortunately, at the moment, they don’t. 82% of our teaching workforce identify as White.”

However, according to Fiddiman, it isn’t enough simply to put Black, Latinx, Asian or Asian-Pacific Islander teachers in the classroom if they’re not prepared to be culturally responsive.