Survey Indicates How Student Borrowers Will Vote in 2020

Student loan debt is at $1.52 trillion. As 20 Democrats vie to become the next presidential nominee, the topic has made its way to the center of the political stage. And rightfully so, according to a new report. 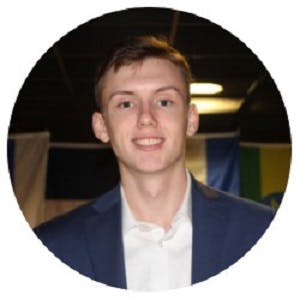 A LendEDU study surveyed 1,000 eligible voters with student loan debt about how they plan to vote in the 2020 election. The results showed that for borrowers, candidates’ positions on student loan debt will be a major factor in how they vote.

In fact, higher education affordability was the second most important issue to them in deciding on a candidate, beat only by healthcare.

The survey “really opens up how important it is and how many Americans actually really, really care about this,” said Ted McCarthy, a research analyst intern at LendEDU and the author of the report.

McCarthy is a student at the Rutgers University business school with loan debt himself.

“I’m going to be faced when I graduate to repay all that,” he said. “This impacts me directly, and doing research on it is definitely important to me and meaningful to me.”

The report expressed particular concern that Americans, with high hopes for student loan debt forgiveness, will stop paying off their student loans. About 18 percent of respondents said they would stop their payments in case a Democratic candidate might win and forgive their debt.

The report said that would leave $270 billion in student loan debt unpaid.

“It’s kind of crazy if you think about that,” McCarthy said. It’s the result that surprised him the most.

The survey also broke down how Democrats view different candidates in terms of their ability to get rid of student loan debt. Sen. Bernie Sanders came out the winner. Almost half of Democrats thought Sanders was the most equipped to handle the issue, though only 40 percent said they would vote for him in state primaries. 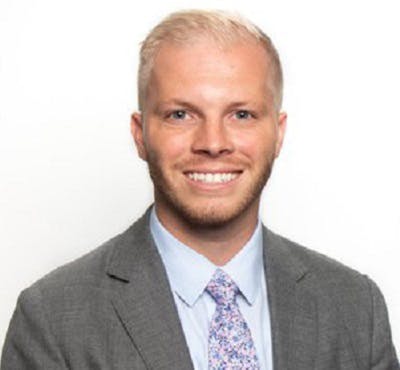 But in their answers, Whistle suggested, respondents might not have been thinking about how candidates deal with more complicated questions about who needs the most relief.

“We definitely know that there are certain borrowers, especially borrowers of color, who are struggling, who are borrowing at higher rates. They face an economy that pays them less, that discriminates against them,” said Whistle. “Those are real problems.”

Plus, 63 percent of voters said they were more likely to vote for a candidate who promised to forgive student loan debt.

But Whistle warned that while the study is indicative of how student loan borrowers will vote, this group can only reveal so much about how student loan debt forgiveness will fare in the next election.

“Non-college-educated people who never went and don’t have student debt, they played a really important role in the 2016 election and they’re going to still also play a role in the 2020 election,” he said.

“A decent amount of people on both sides of the aisle are not huge fans of increased taxes in any way,” McCarthy said. “Unique to this question, unlike a lot of others, there were a lot of unsure answers.”

The report shows that when asked what should be done about the student loan debt crisis, 59 percent of respondents advocated for capping tuition prices and holding colleges more accountable for affordability, while 32 percent chose forgiving all student loan debt.

When given a choice, “nearly double” preferred focusing on the price of college, Whistle noted. He sees policy solutions focusing on that.

“I think a lot of people are really trying to figure out, how can we keep this issue in check for the future.”