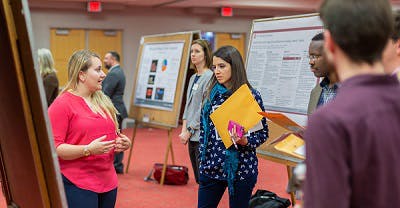 “In one year, summer 2019 compared to summer 2018, there was a 37.7 percent increase in African-American graduate student acceptance,” the report states and goes on to describe a host of programs and initiatives that are contributing not only to higher numbers for African-Americans, but to increases among other underrepresented groups, as well.

“We really have made great strides in the last year to year-and-a-half on this front, and I’m really excited about the initiatives we have put forward that are making the difference,” says Dr. Alicia L. Bertone, vice provost for graduate studies and dean of the Graduate School.

According to the report, OSU Graduate School launched an “early offer” fellowship program that achieved an acceptance rate of 86 percent and a matriculation rate of 67 percent, while similar students in other fellowship programs matriculate at less than 10 percent.

Bertone, who was appointed graduate school dean in April 2018, is quick to point out that the recent successes have come on a foundation laid by her predecessors, whose work “resulted in a roadmap for the next 10 years of graduate education at Ohio State.”

One of the student populations the graduate school is seeking to increase is women in STEM fields, a category she personally represents, as a professor in the department of veterinary clinical sciences. She also has served as director of the Comparative Orthopedics Research Laboratories, an interdisciplinary molecular medicine and tissue-engineering laboratory.

Bertone suggests that diversity and inclusion mean exactly that.

“It really is a broad definition, and ultimately everyone contributes to diversity,” Bertone says. As an example, she cites the recruitment initiative known as the Summer Research Opportunities Program, which selects 30 undergraduate students out of “many hundreds who apply” from various colleges and universities.

Bertone stresses that the program, which is part of the Big Ten Academic Alliance, “is focused on a diverse set of students — underrepresented minorities, Pell eligible students, and students that are diverse for multiple reasons, including those who demonstrate a diversity of thought and life experiences from multiple aspects.” 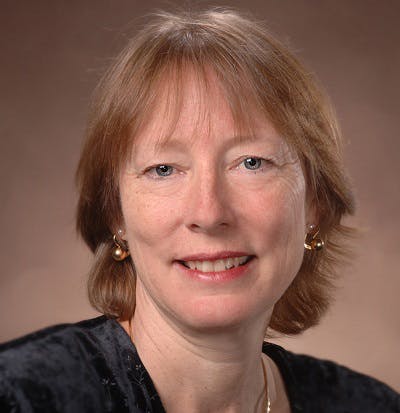 Bertone says the most rewarding aspect of their efforts is that last year, “a high-quality, diverse set of students” enrolled as a result of the research opportunities program.

Working under the leadership of Dr. James L. Moore III, vice provost for diversity & inclusion and chief diversity officer of the university, Bertone says the graduate school co-sponsored a number of university-wide diversity and inclusion activities and events, including the McNair Scholars Visit, the National Black Male Retreat, the Graduate/Professional Student Recruitment Initiative (GPS) and the Preparing for the Professoriate Retreat.

“Our overarching goal is to enhance graduate education quality and experience for all of our graduate students and it is well known that a diverse student body, and ideally a diverse faculty to serve as mentors, enhance the experience for everyone, so it is important that we find out where we have our gaps in diversity and work to fill those gaps so that there is a feeling of inclusiveness, a feeling of community and a feeling that these students want to stay here and finish their program.”

Bertone said administrators analyze enrollment disparities in the graduate school and develop or adjust programs to fill those voids, which she acknowledges have been most evident among Black and Hispanic students.

According to Bertone’s updated report, those numbers and the enrollment of other underrepresented minorities continue to grow due to the various initiatives of new programs and revamped or enhanced initiatives.

As an example, one of the key programs, the Patrick S. Osmer Fellowship, offers financial support to outstanding underrepresented participants as early as possible in the graduate school admission process. The Osmer Fellowship provides two years (first and dissertation year) of stipend, tuition and fees for partial support to the program and the student towards completion of their Ph.D. or other doctoral degree.

Bertone says her team has been heartened by the overwhelming response to the fellowships and the numbers of students who have accepted and attended the university.

“These are exceptional students,” says Bertone. “They get offers from the top universities around the country and we have been able to compete for those students and last year we had a substantial increase in getting these high-quality diverse students to join us at Ohio State,” she says.

Asked if there is a timeline for accomplishing specific goals, Bertone replies, “It’s forever. There is no timeline. This has to be an initiative that is woven into the fabric of what we do here at the graduate school and at the university.”